Like most people who received a catalog from International Crystal in the 60s, I was always intrigued by their assortment of PC board kits.   There were boards for every stage in a radio transmitter or receiver and they could be combined to make almost anything - from converters to complete radios.   But little did I know that International actually did just that when they went to create their line of CB radios!

Maybe not all of them but the most popular models are all made up of separate modules that could be purchased directly from the catalog.   Of course it was no accident that they use crystals!     To produce a new model they basically combined existing modules in different ways, as I'll show in later examples.

The Model 660 is one of the earlier ones but important in that it was an early CB to offer full 23 channel operation.   That was a real luxury in the early days of CB when many sets were confined to 4 to 6 channels or even fewer.   It was the top of the line model in the 1965 catalog with a list price of $265.     That would be the equivalent of  $2190 on 2020 dollarettes!

Like all the early 23 channel sets, the 660 uses a heterodyne process to mix two different crystal oscillators to produce the needed 27 MHz output.   Of course International made crystals in-house which gave them a cost advantage over other CB manufacturers who had to buy them.   I wonder how many refused to buy from ICM because they were a competitor?

The 660 I recently received suffered the fate of all radios with perforated metal tops - all the top surfaces are coated with a thick layer of dust, which will be easily vacuumed-up.    Otherwise it is intact and unmodified and in great shape - even the brown textured paint.    The mechanical construction is massive, judging from the pile of sheet metal once the outer covers are removed, and the crystal-plexer circuitry is still inside it's own aluminum enclousre behind the front panel.   Definitely not a cost-cutter model! 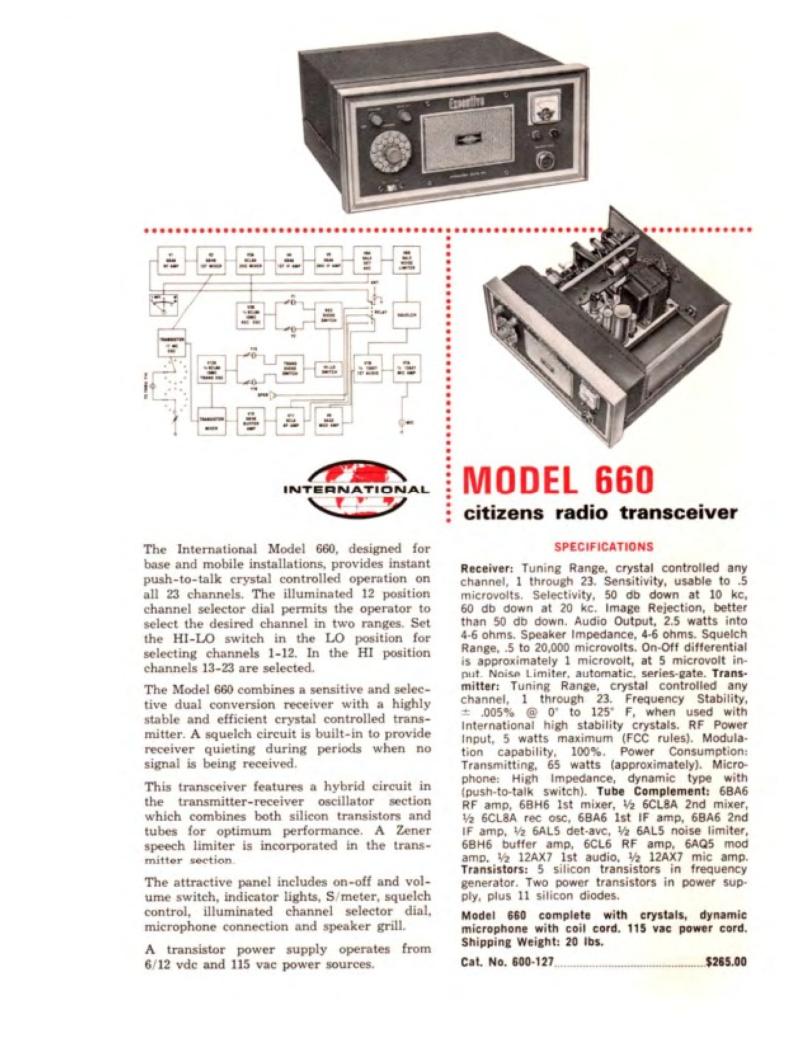 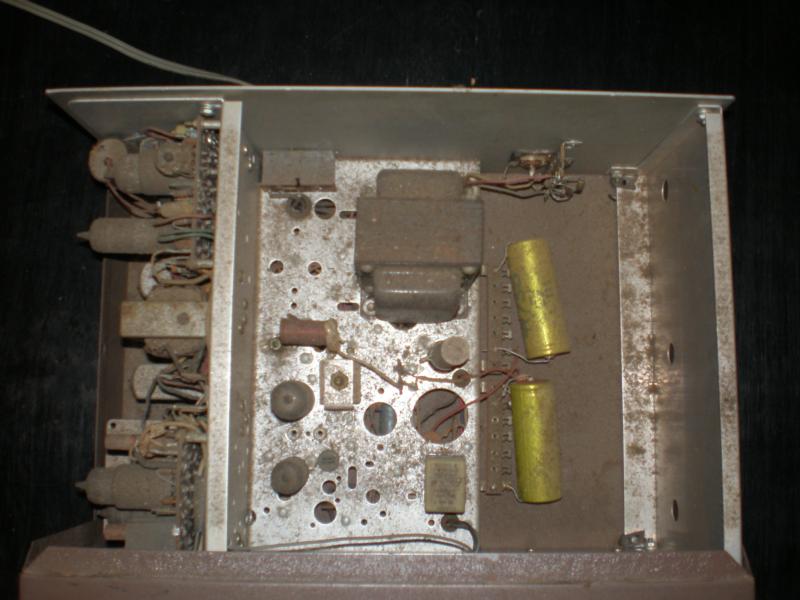 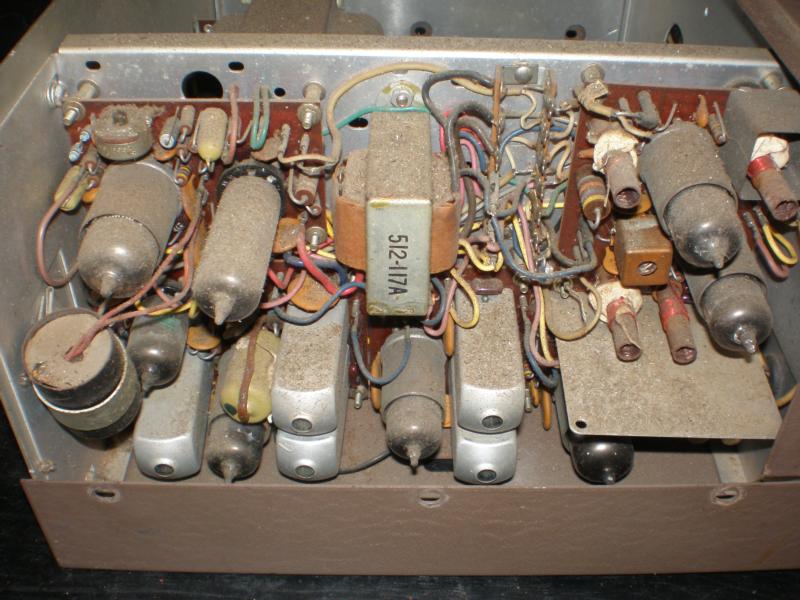 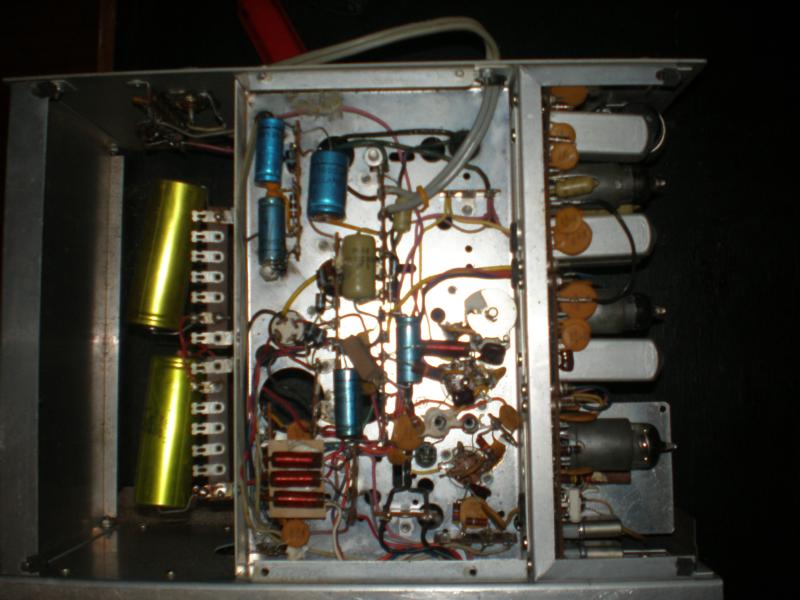 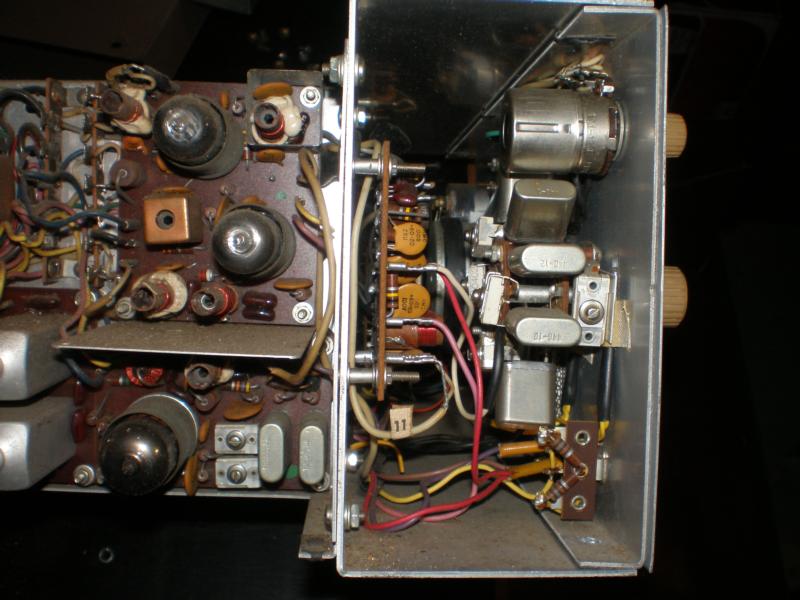 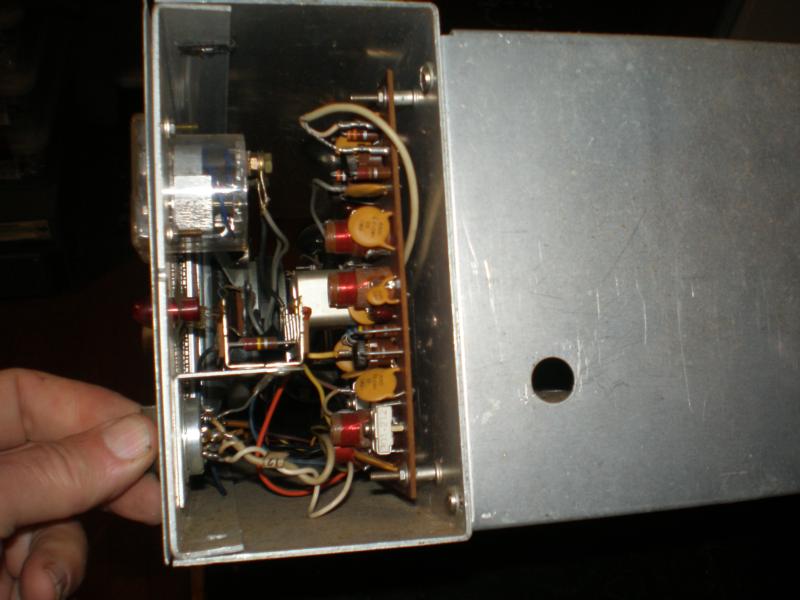 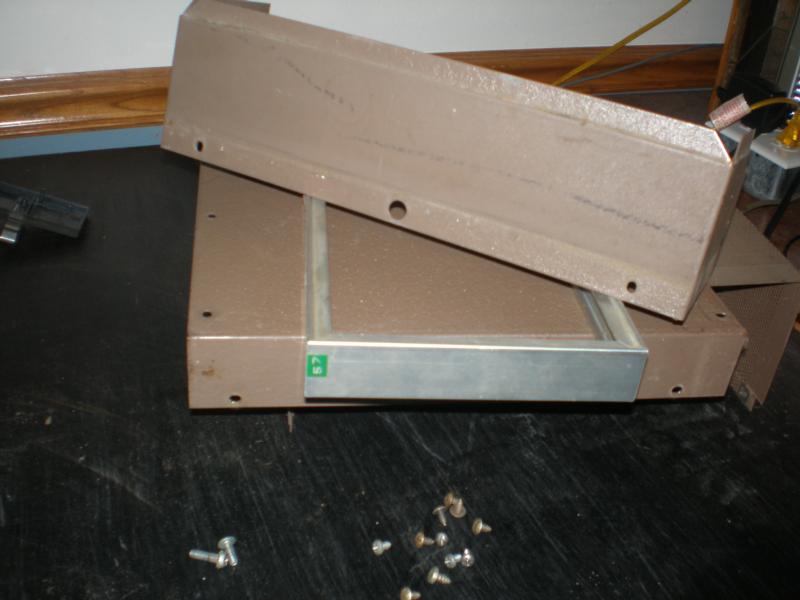 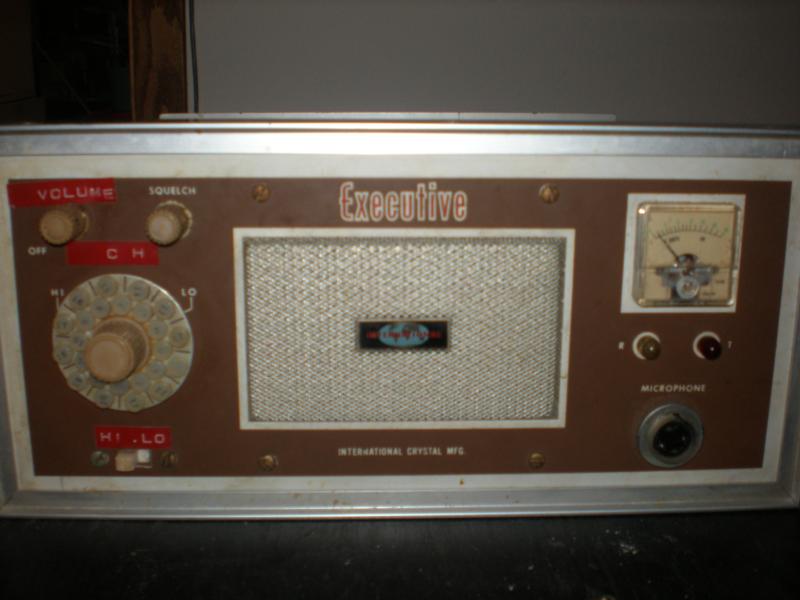 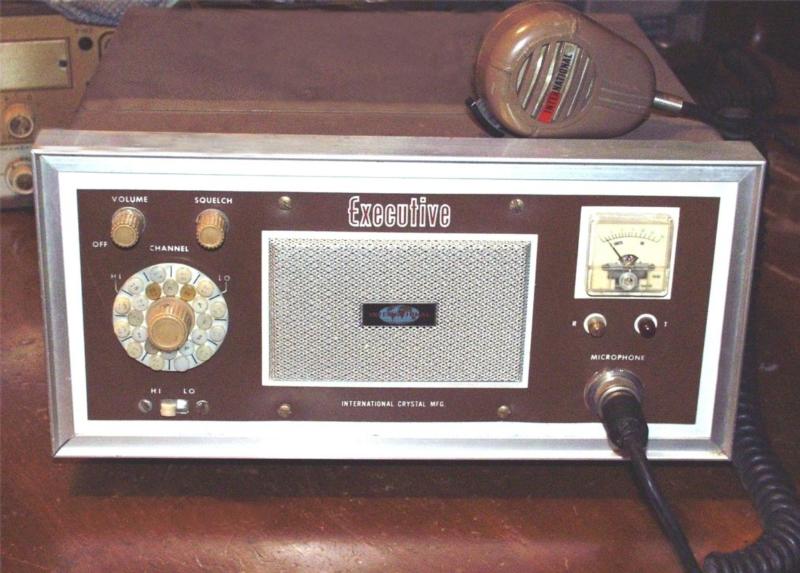