Manufacturer of marine radios in the 1940s

I enjoy playing with old marine radios that operated in the AM mode between 2-3 MHz.    This was the standard for "ship to shore" radio and telephone service from marine radio operators from after WWII until about 1970 when SSB was phased in and AM became obsolete.     Through this era a number of manufacturers were major players including RCA (Radiomarine),  Raytheon (Apelco), Ray Jefferson,  Sonar,  Hallicrafters, Bendix, and a number of others.   But one company stands out for me, not only because it was only a participant early and then disappeared, but because it's radios were the prettiest in terms of styling.   They even advertized them as "the aristocrats of marine radio'.    That company is Hudson American Corporation of 25 West 43rd St. in New York City.   The building at that address still exists, home to fast food joints on the ground floor, and only a few blocks from Times Square and the Broadway theater district.    Clearly Hudson American occupied a prestigious address even back then in the heart of America's largest city.

Time were good, the post-war boom in consumer spending in the US stimulated production of luxury items like motorboats for those who could afford them.  A 20-25 foot cabin cruiser could be had for between 3 and 6 thousand dollars, ("and up", of course).   That was still an enormous amount of money in 1949 when the average family income was $3100, but for some of those on the high side of the average who lived near water, sailing and power boating were among the top "cool things to do".  And what well-heeled boat owner would not want to equip his cruiser with the latest conveniences, especially two-way radio and telephone communications?

I have two Hudson American marine radiotelephones, both versions of the "Privateer" model which was at the bottom of the line.   Still, the styling and appearance puts other models to shame, even those from the giant RCA's Radiomarine division.  Hudson American's ads mention the influence of the best industrial designers which is a cost that many radio manufacturers opted not to incur.    But it was a smart decision, knowing their product would have to appeal to buyers who could affort a boat or yacht were discriminating buyers and thus had a taste for "the finer things".     The Privateer II with it's faux-wood panel would look right at home in an expensive boat.    Even the entry-level Privateer features a stainless steel  panel that not only looked good but was able to resist the effects of salt water so it would stay that way.

These were simple radios with as few as two channels although the bigger model did provide for AM BC reception.   I try different methods of conversion to the ham bands and in this one, I modified the tuning range so it can tune a section of the 80 meter band.   Transmitter frequency is crystal controlled on 3880 or 3885 KHz.      In the smaller Privateer shown I have kept the Mallory 6 volt Vibrapack that generates the 300 volt B+ but have installed one of my FET replacements and a full-wave rectifier instead of the synchronous vibrator which chopped the DC so it could be stepped-up, then also rectified the AC output.   It was a clever way to obtain high voltage DC but was fraught with failure modes and RF noise.

The Privateer receiver is a 4-tube superhet using loktal tubes.   The transmitter consists of an oscillator and two 7C5 output tubes with another 7C5 for receive audio and modulator.   The complexity in these radios always comes from the channel selection method, in this case a multi deck 2 position switch selected between two channels, each with it's own tuning adjustments for the rx and tx.   Output power ranged from 5 watts up to 30 or so in the more expensive radios, but even when matched to a short antenna that was sufficient to maintain communications with the high-powered shore station with normal cruising range, and with other nearby boats.

Since there is no longer any traffic on the 2-3 MHz band, nothing is lost by converting these radios for use on the amateur 80 and 160 meter bands where low-power AM is still feasible, and that's what I'll be doing with the latest Privateer - I'll be adding more info later as the conversion progresses.    The only information I've found about Hudson American Corp. comes from paging through back issues of Motor Boating magazine, and since Google doesn't make it easy to save anything, the images have to be screen-capped and spliced back together.   While the images below are thus not perfect they will at least give a sense for the company's products and how it presented itself to its customers.

Since I don't know the history of the company it's impossible to speculate, but the last ad I found was for the Master Mariner radio, and at the bottom there is a line saying Hudson American was then a subsidiary of Reeves-Ely Laboratories -  a company I have written about previously here.   Could the acquisition of the company marked a change in strategy?   More research will be required to know for sure but it may be significant that Reeves-Ely was a defense contractor who would have benefited from a company with engineers skilled in communications equipment design. 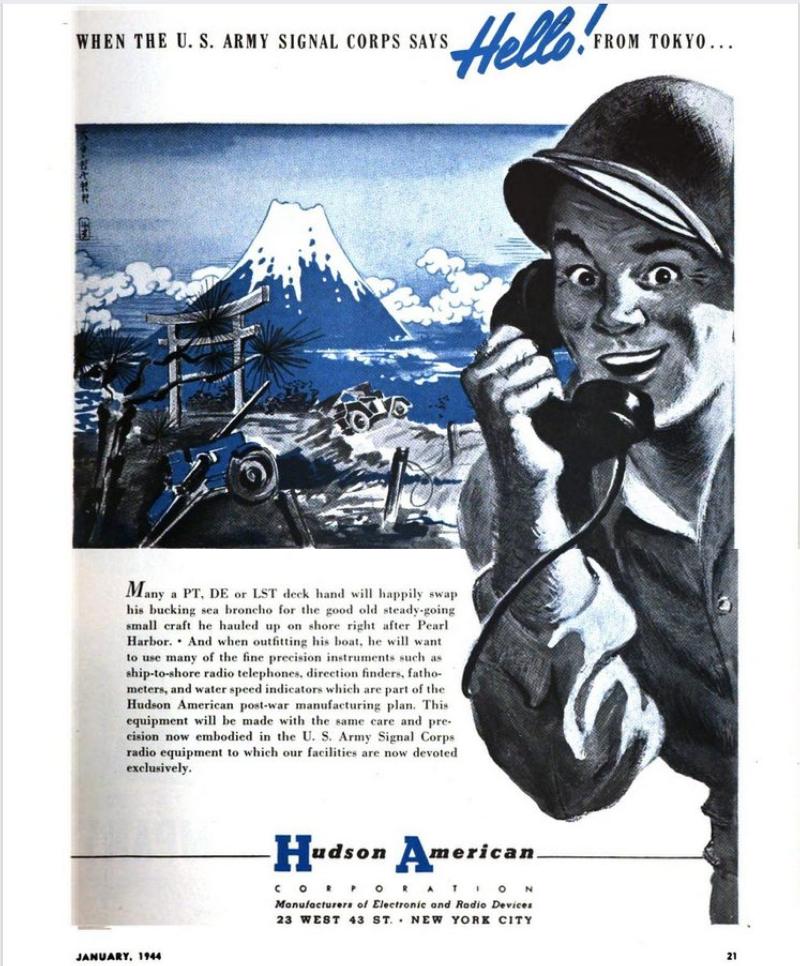 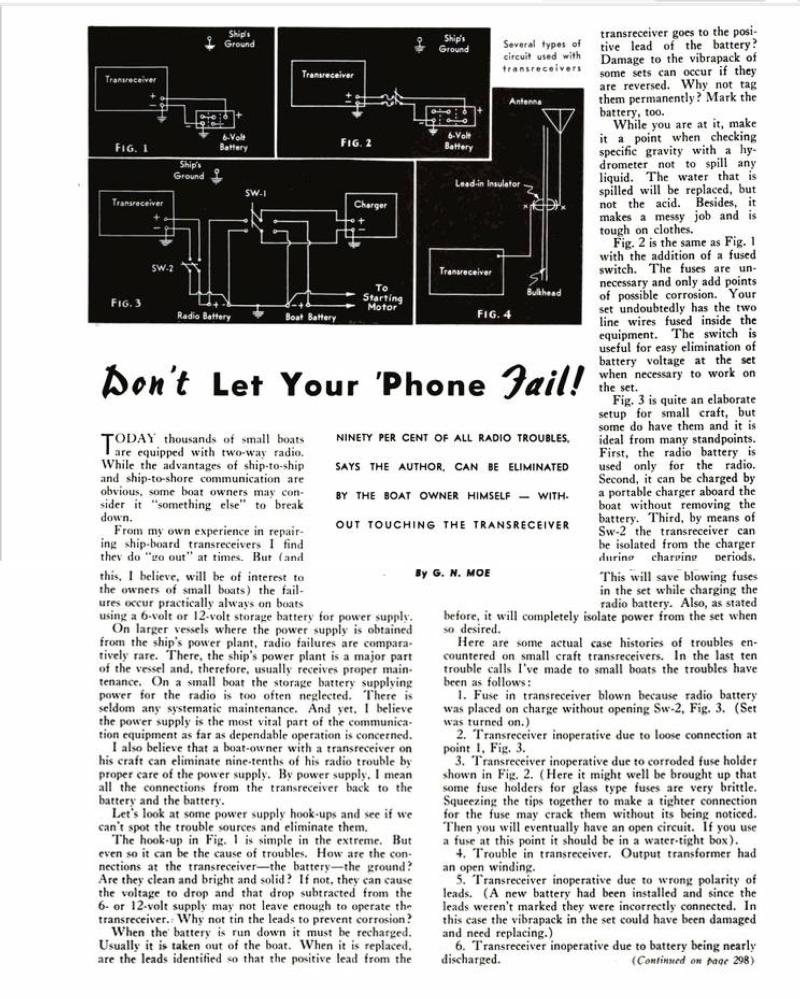 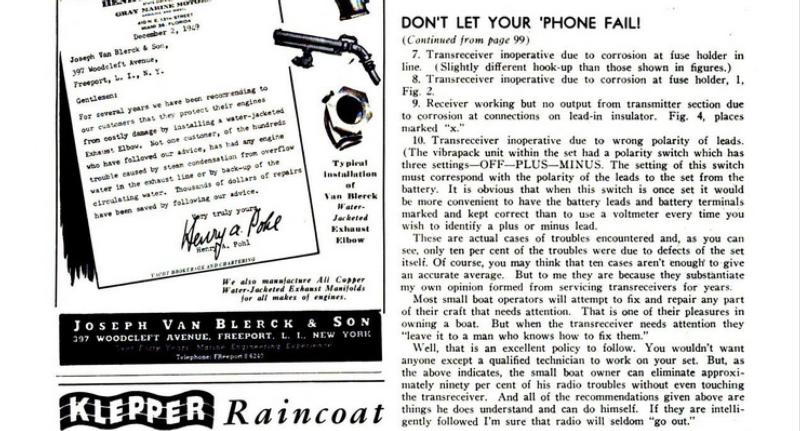 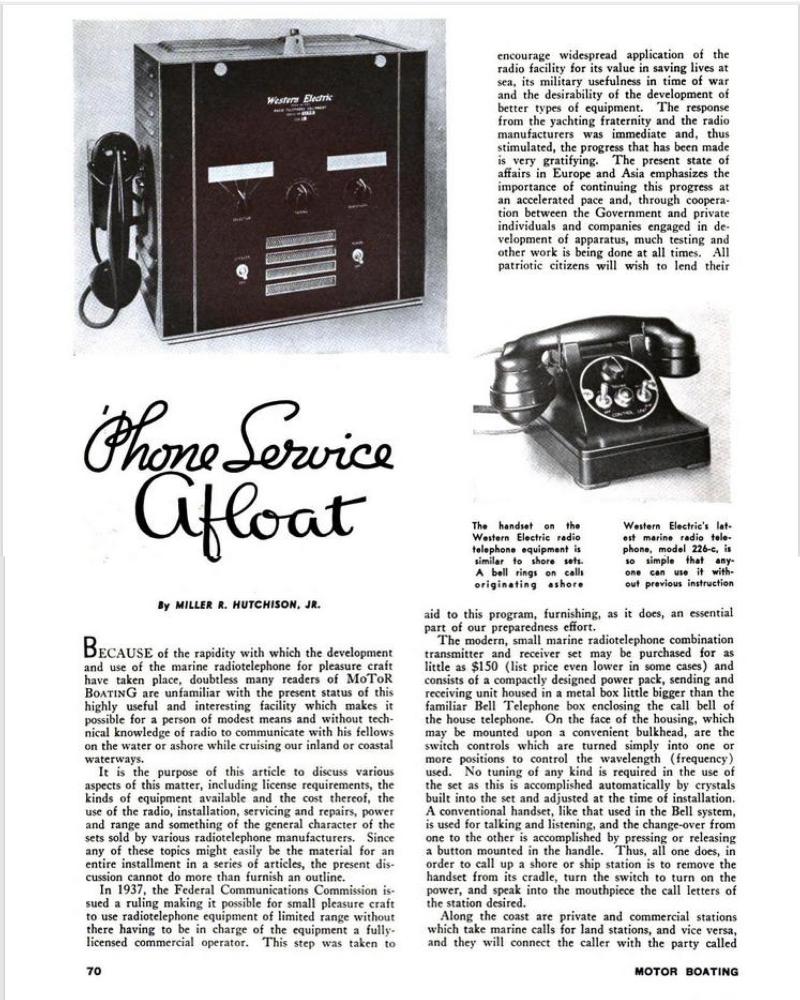 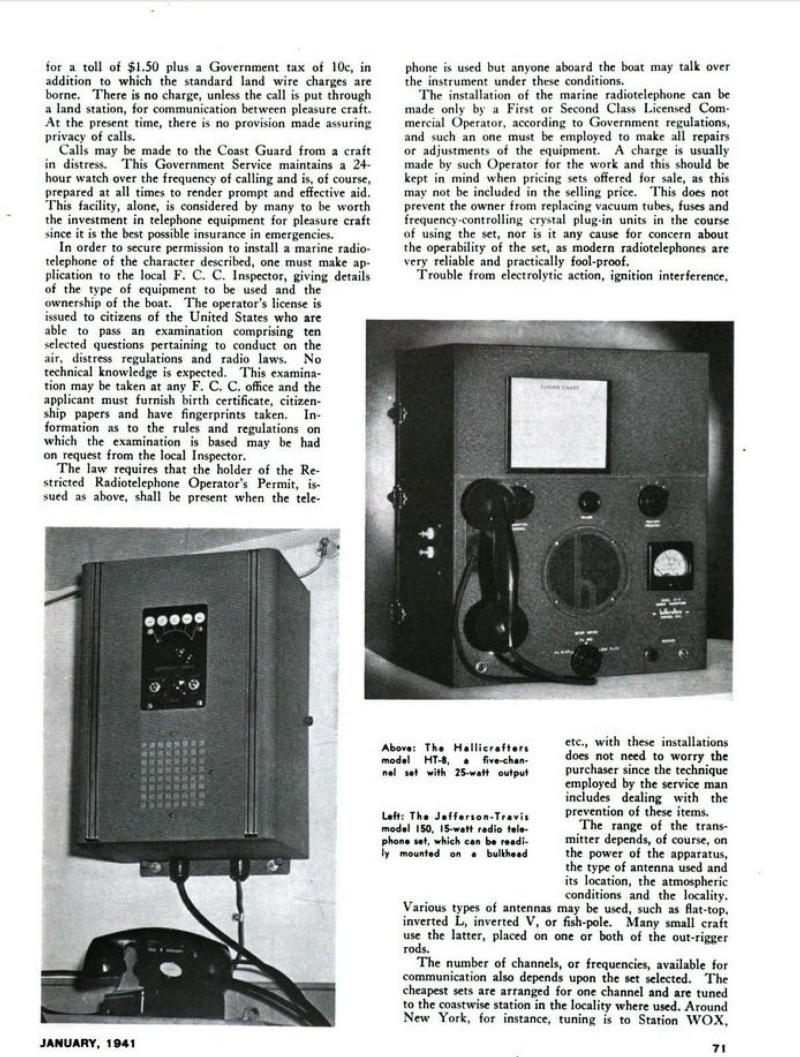 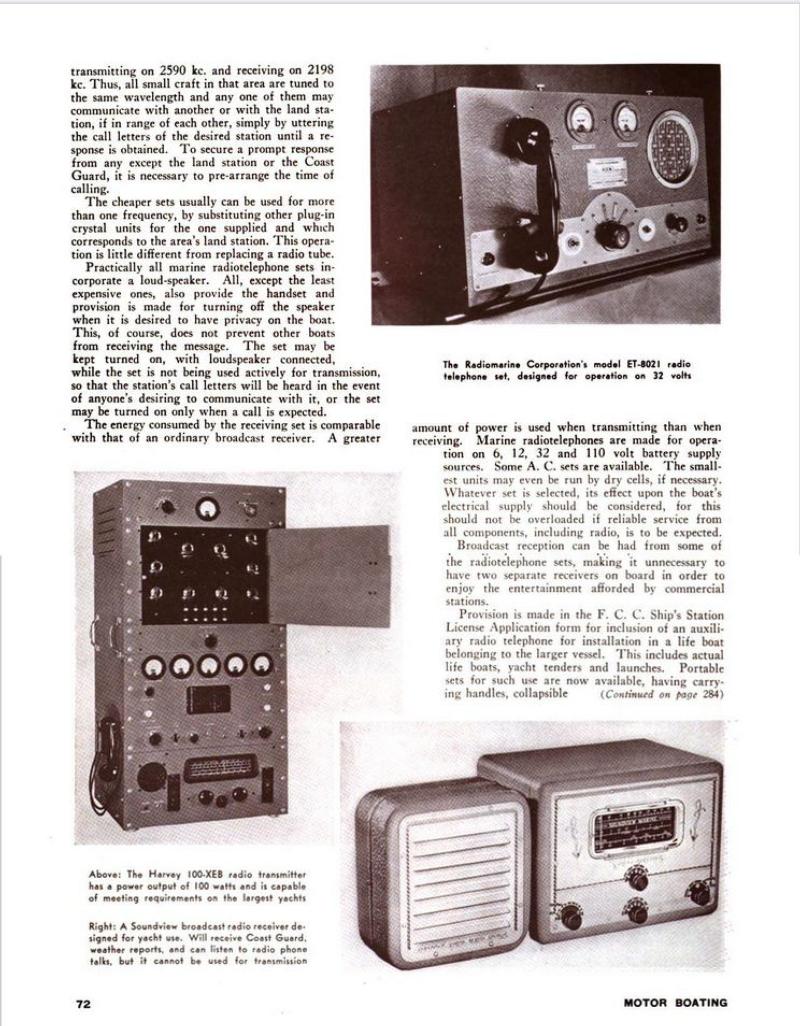 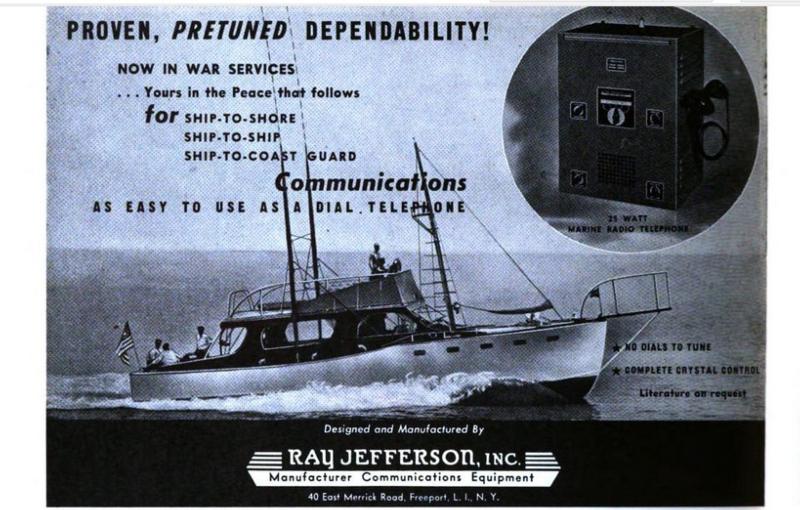 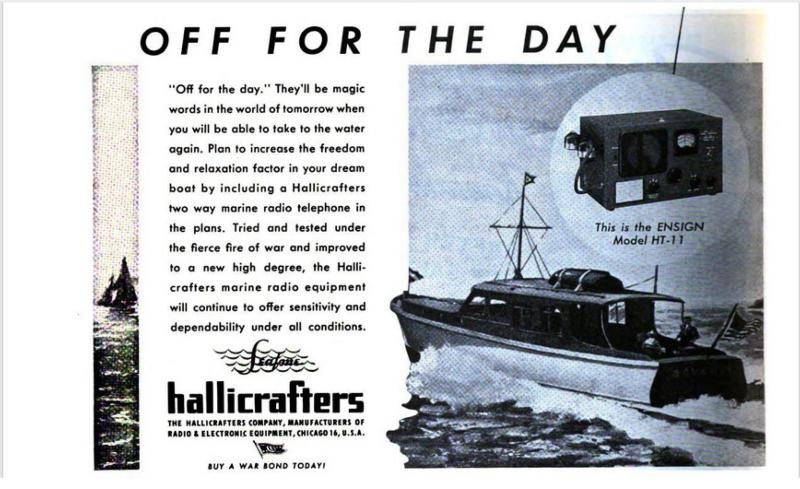 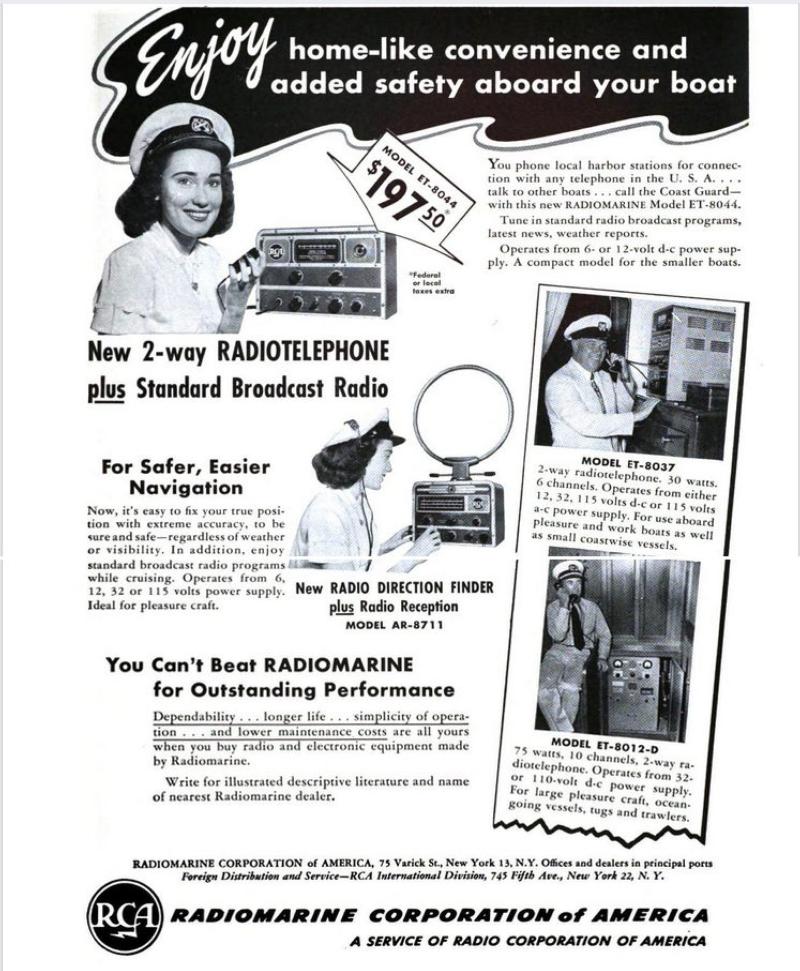 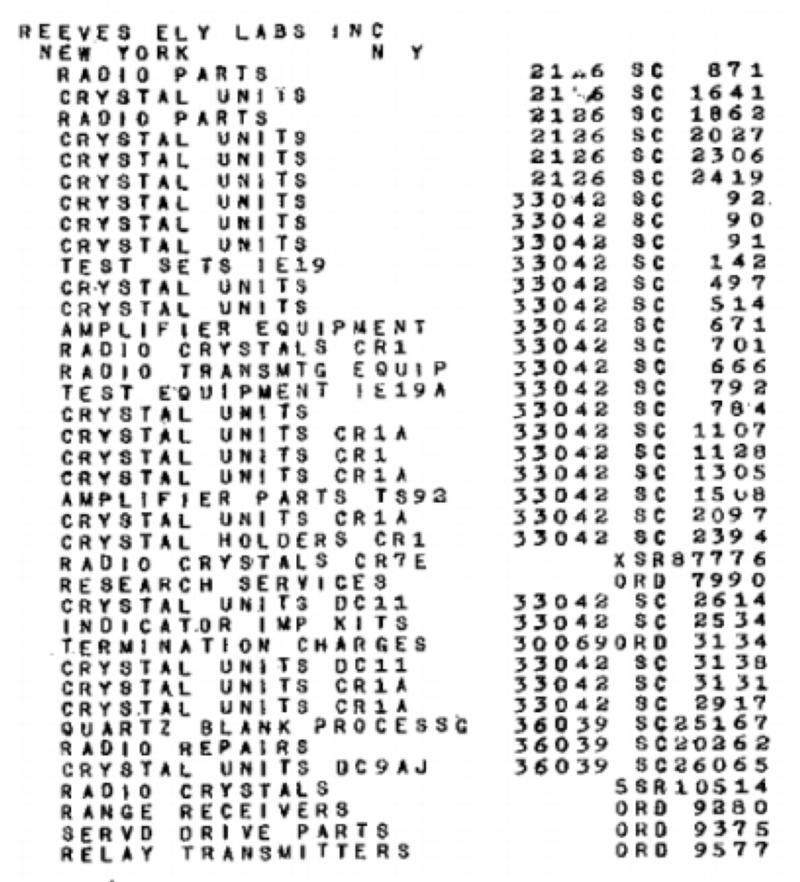 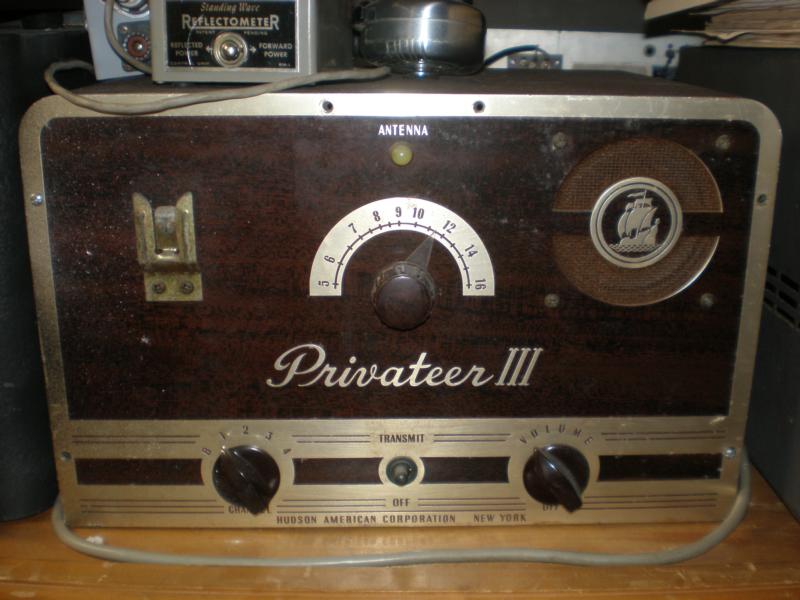 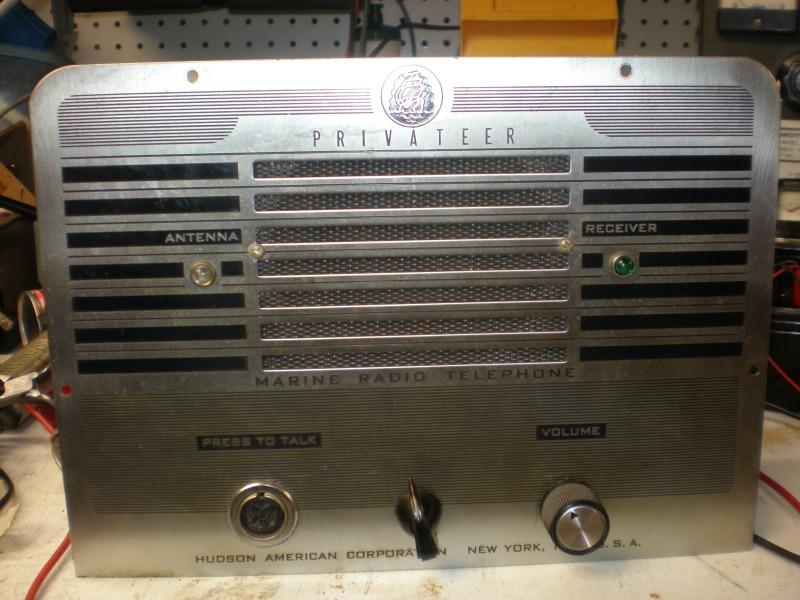 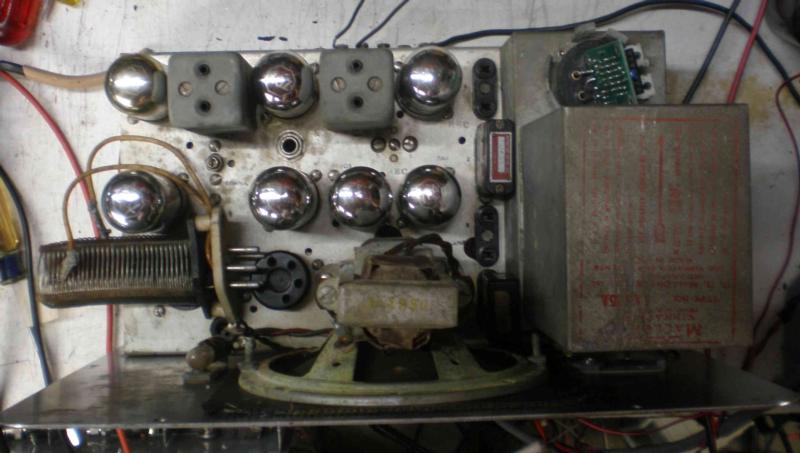 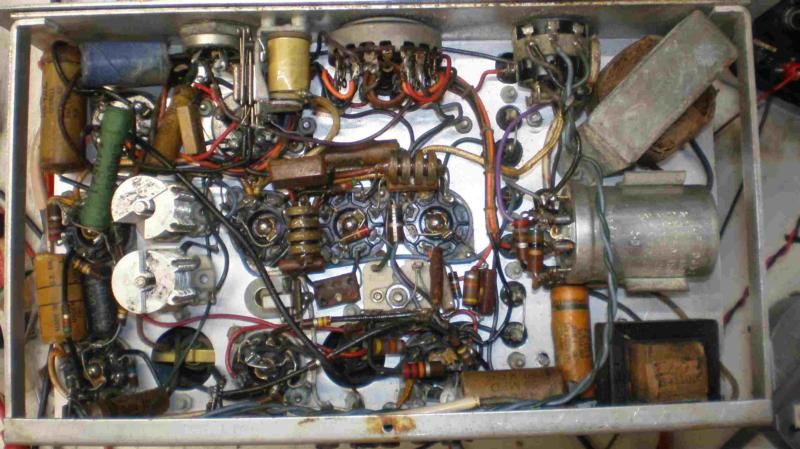 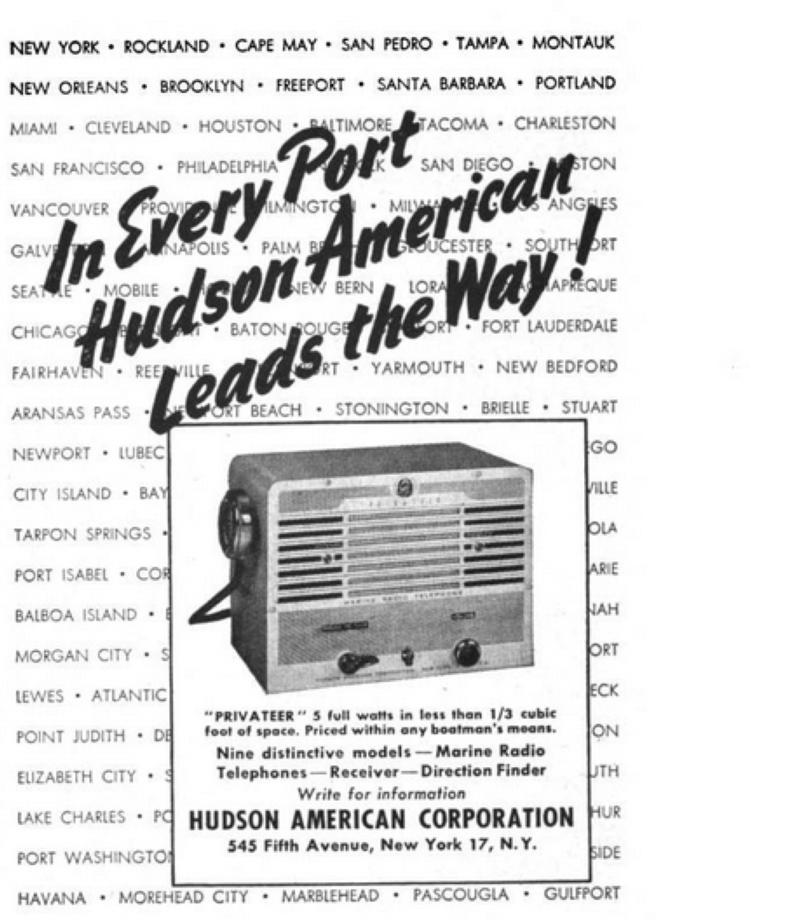 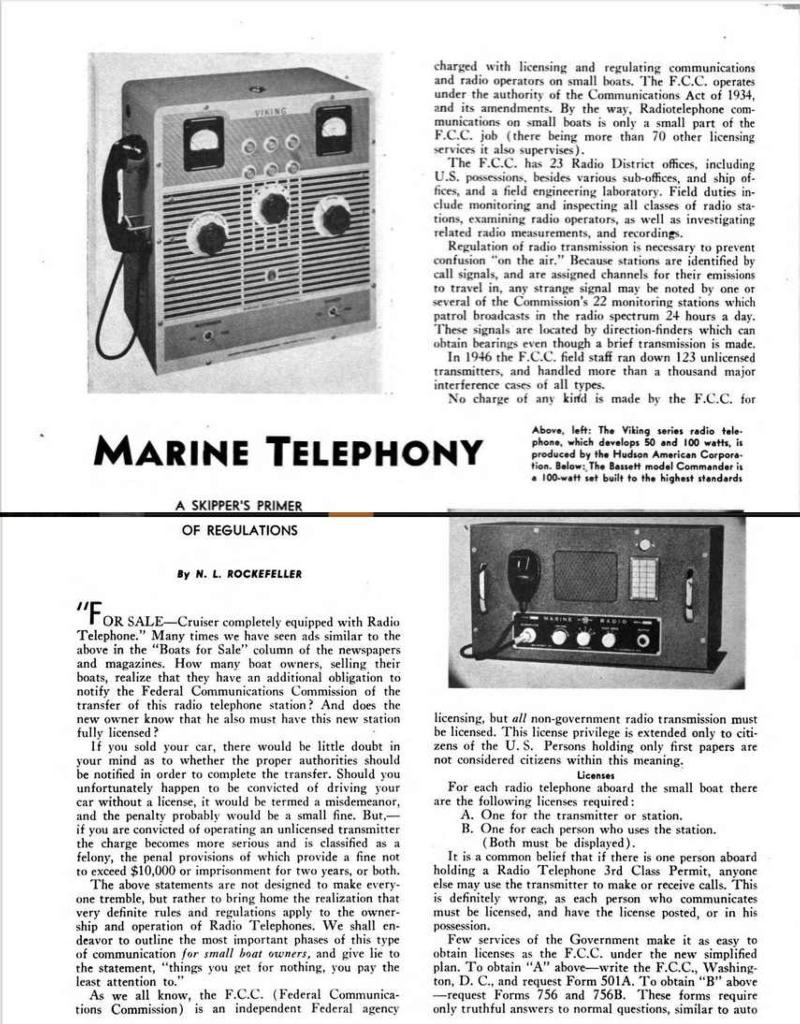 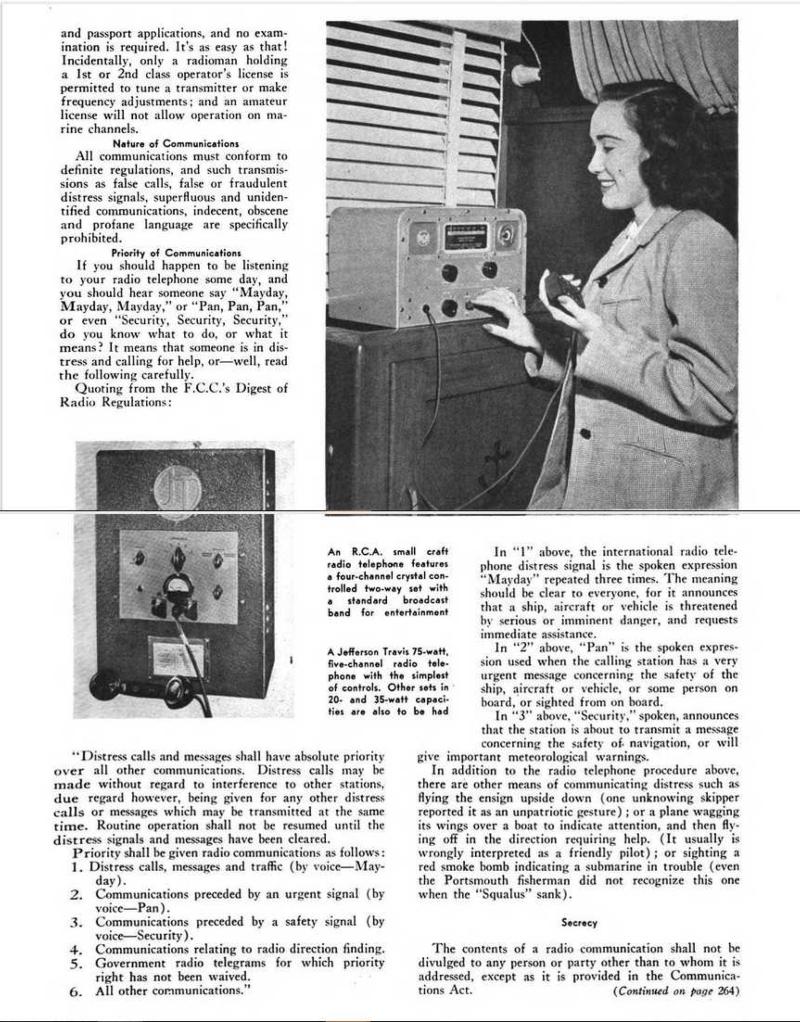 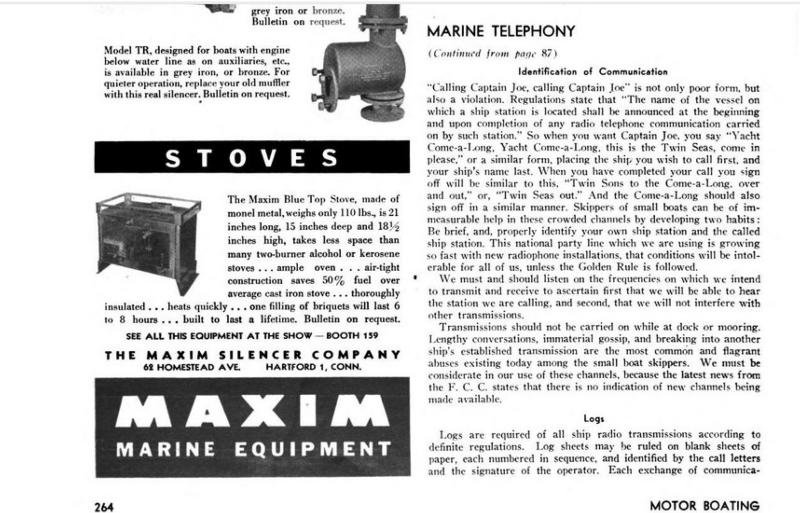 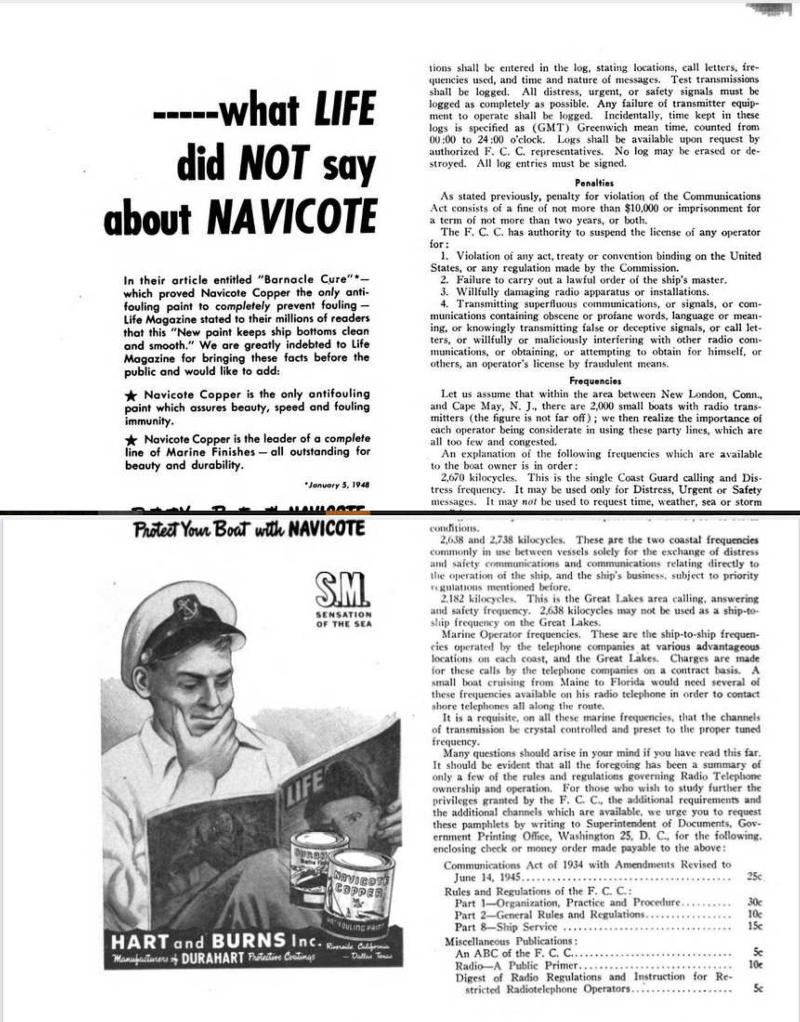 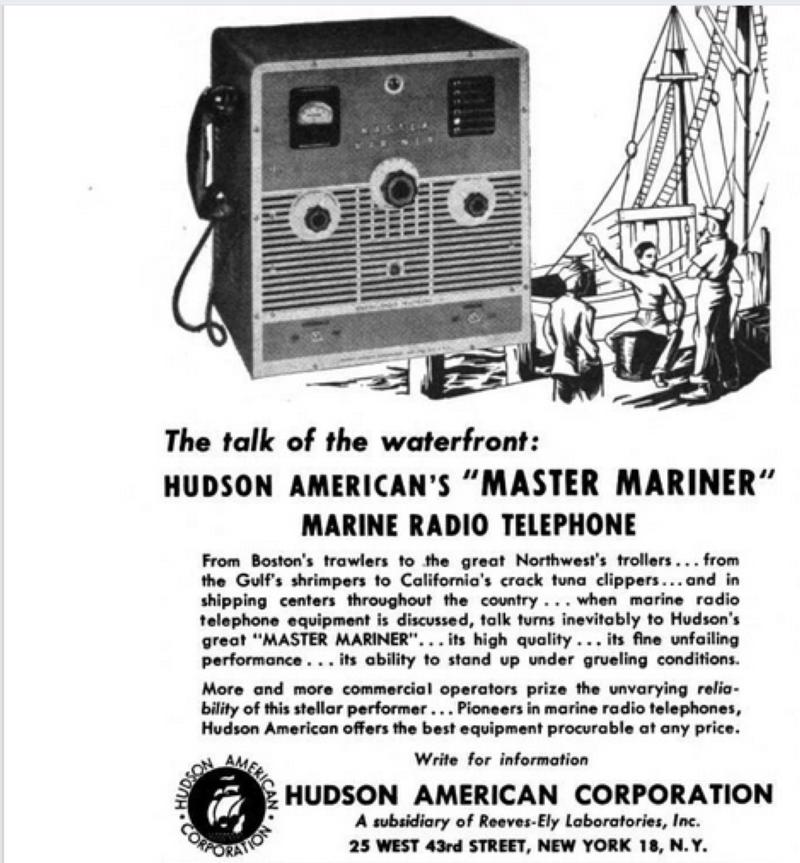 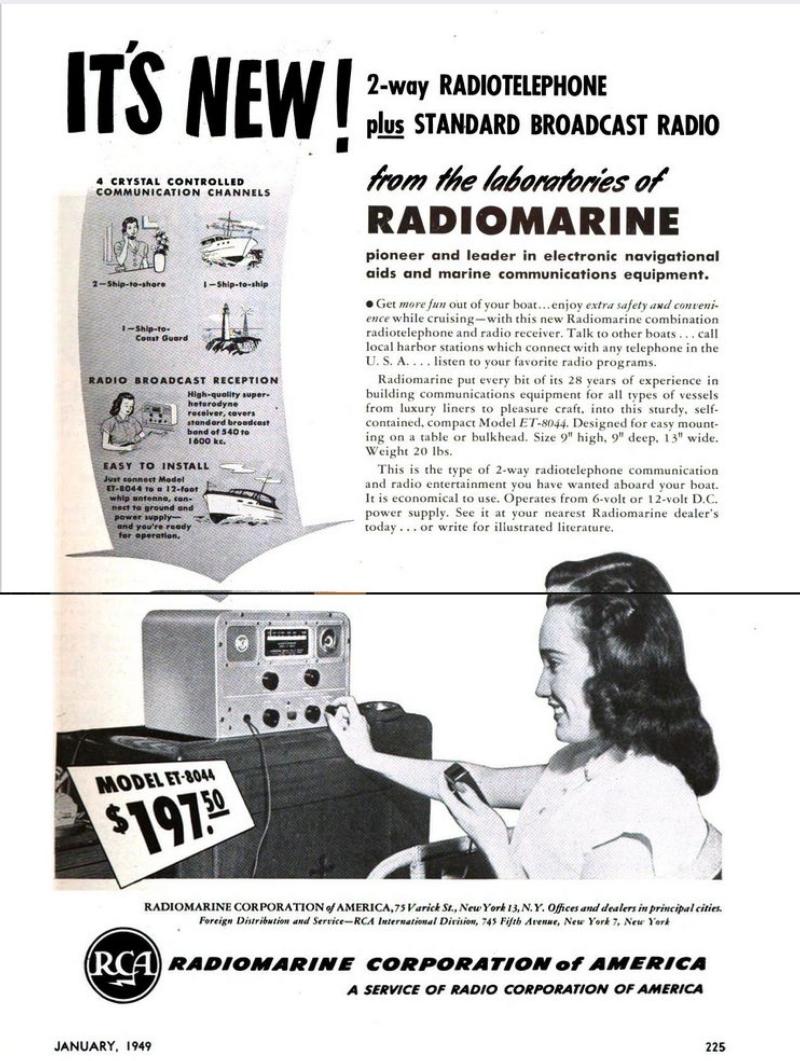 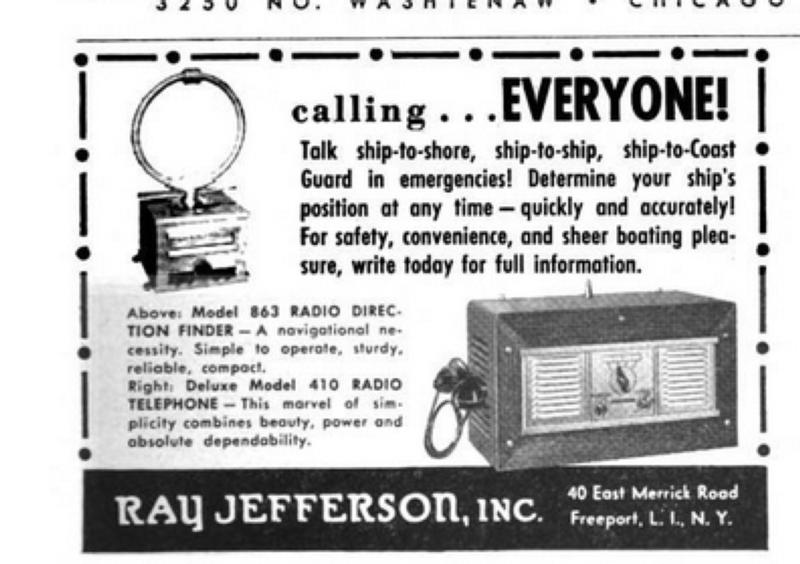