The Korean-war vintage AN/GRC-9 is one of the most useful and fun military field radios for ham use, as with AM and CW modes and 2-12 MHz coverage and a VFO it's all ready to go on several ham bands.    The battery tube superhet receiver is also power-friendly and sensitive and stable enough to copy CW and SSB but has one annoying flaw - the 4 volt bias battery used by the audio output stage is nearly always dead, which results in distorted audio.

My solution is to re-stuff the existing plug-in Mallory battery housing with three new coin cells to provide 4.5 volts of bias voltage.   The photos pretty much tell the story:

- Solder on a new lower contact  -  I used a small chunk of copper clad board.

- Drop in a spring terminal scrounged from an old AA battery holder.   It would be best to solder it to the board but pressure contact works OK since there is very low current flow.

- Make the replacement battery from three 1.5V lithium coin or button cells as shown.  Cut a piece of heat shrink that is slightly longer so it will contract over the ends to help pull the cells together.   I added a tiny dab of copper paste between each cell to help with continuity.

- Re-form the top contact as shown and verify correct output voltage (my battery was inadvertently reversed when I took the photo).   The positive voltage should be on the large diameter pin and the negative battery terminal shoudl go to the smaller diameter pin.

- Add an insulator (rubber grommet or similar) and a compression spring that will apply light pressure to the upper contact when the original Mallory housing is reassembled.   As long as the voltage doesn't change when you shake the new battery it should be fine as the housing will be held in place by the spring clamp at the base.

That's it - just a few odds and ends from the junkbox and your GRC-9 receiver will be much easier on the ears! 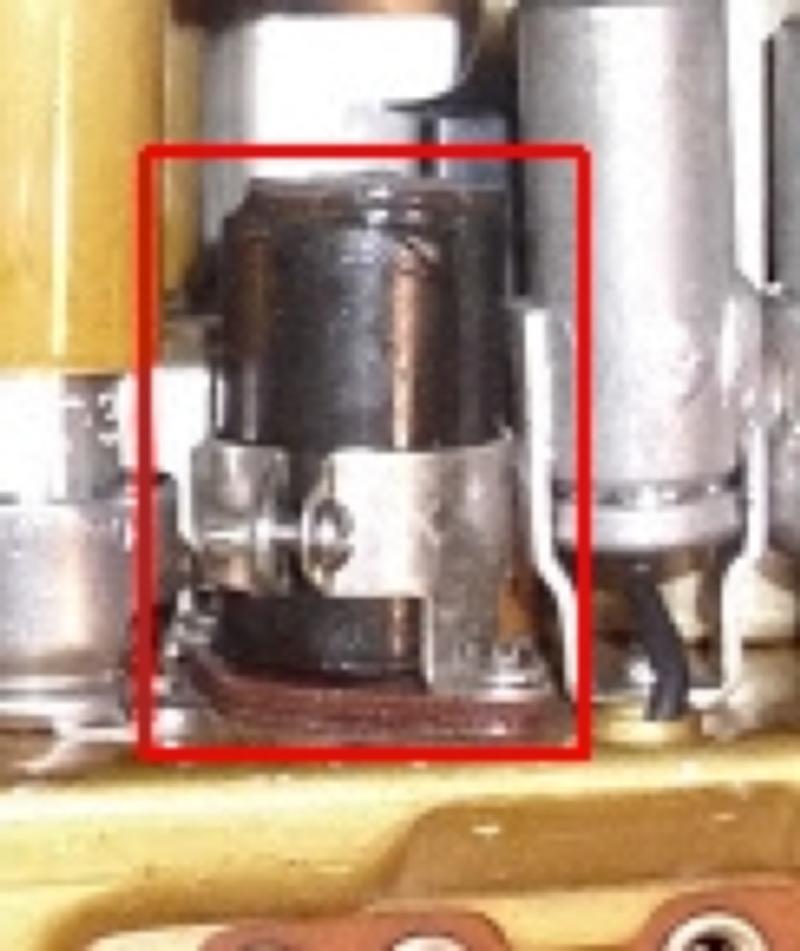 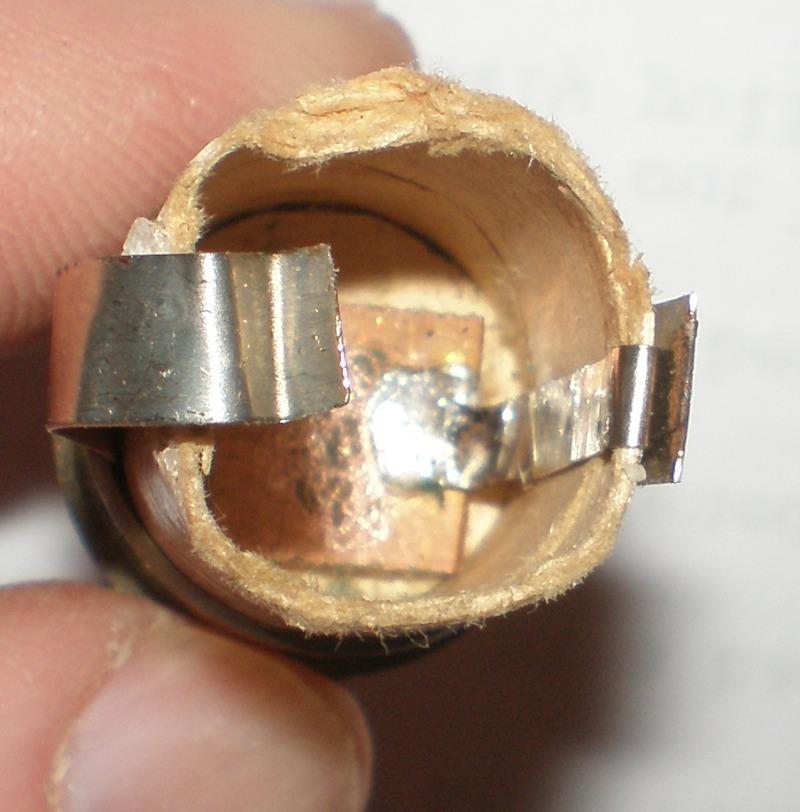 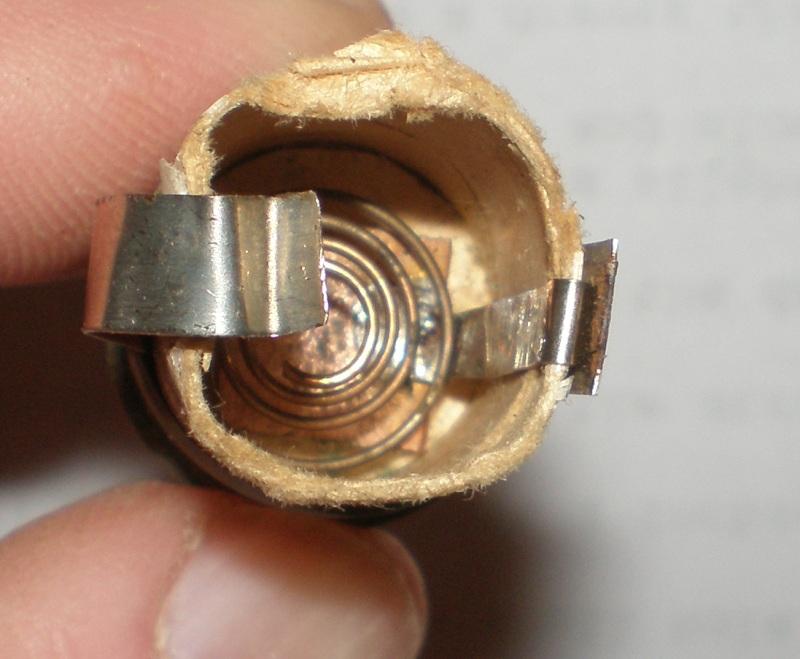 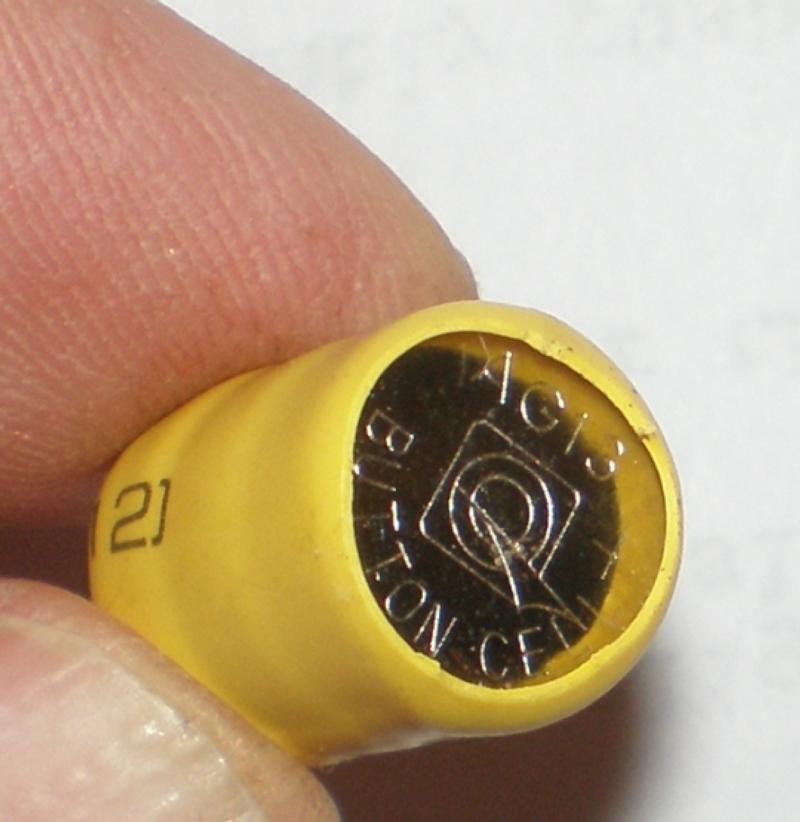 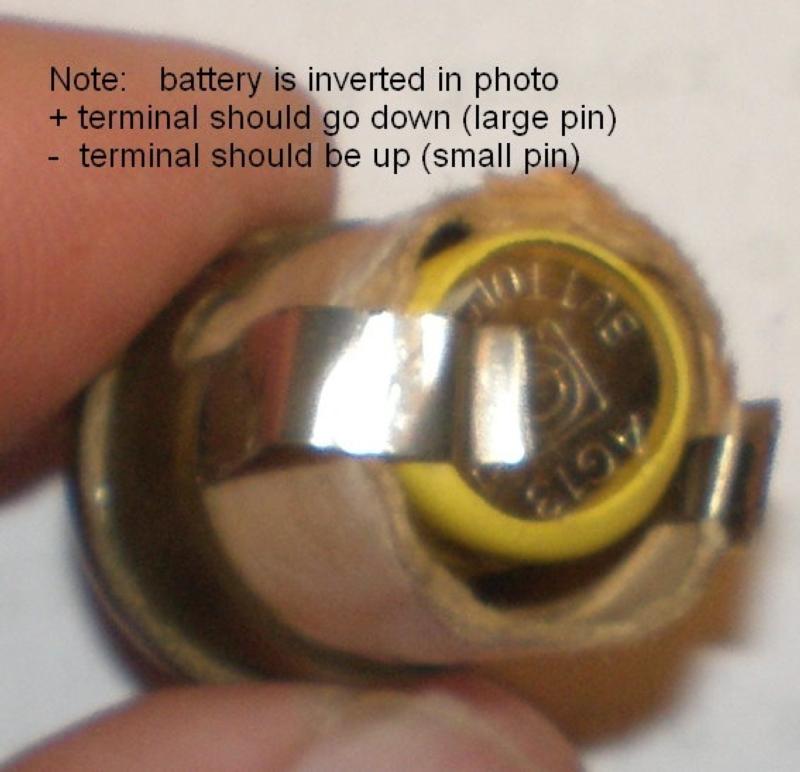