How many of these rare transceivers have you seen?

A recent post on the Cubic-Astro mail reflector noted the similarities between the rare CIR Astro 200 and the much more common Cubic Astro 150 transceivers.   And therein lies an  interesting story...

I have done a little research on the CIR Astro 200, and the commenter was right - it is the progenitor of the Astro line we are much more familiar with as a result of Swan (already owned by Cubic) taking over CIR in 1978.   But the Astro 200 was based on a design by SSB pioneer Don Stoner, W6TNS.   Stoner had been in the mil/commercial SSB business by way of Stoner Communications of Cucamonga CA in the 1960s, and more recently was the "S" in SGC, which he formed with Pierre Goral in 1971 and which still exists today.    By 1977 Stoner, now in Mercer Island WA, evidently chose to pursue a different business model.  Instead of bearing the burden of capitalizing another manufacturing company he shopped the design of a compact solid state HF transceiver around to various ham manufacturers under some sort of license or royalty arrangement.   His sales tool was a working 80-10 meter 100 watt synthesized SSB (only) transceiver bearing the name "Stoner PRO 80-10".    It bears the the same similarities to the Astro 150 that were noticed in the CIR Astro 200.

KLM was a big "force" in antennas and linear amplifiers at the time and launched the production of what essentially the Stoner PRO 80-10 under the name KLM FORCE 5 (there's a photo in Joe Veras' book).    According to one of the founders of KLM even though prototypes were built and worked well, the market never materialized and the project was dropped after a few dozen radios were produced.  KLM was introduced to the Stoner design by a start-up ham manufacturer called CIR Industries of El Cajon CA.   Chuck Inskeep, President of CIR looked at Stoners design and found it lacking several important features to make it acceptable to hams, and did a bit of redesign to add the CW mode and narrow filter, a fine tuning and RIT feature, noise blanker, and even a squelch.   It was virtually the same size as the PRO 80-10 but with different cosmetics including a metal cabinet rather than Stoners trademark walnut side pieces (which also appeared on his CB designs).   But the most obvious similarity - the two toggle switch up/down controls (mirrored on the hand mic) are the same as on the Stoner design and the would-be KLM    That's because the synthesizer in all three - and in the later Cubic Astro models - is the Stoner design.   Chuck made  34 of the Force 5 and about 12 of the matching power supplies before the project ended.

I've always envied Don Stoner for making a career out of writing about and building radio equipment, mainly SSB gear, but it's unlikely his last sideband transceiver design made him much money, although at least parts of it certainly had a decent run in the Cubic Astro transceivers.  By the way, Don Stoner is also the "father of OSCAR" having outlined the idea of putting amateur radio satellites in orbit in a 1961 article in QST.  He also edited various columns for several of the monthly electronics magazines and publised many articles, mostly ham-oriented.   Two of them are highlighted in the photos below - his 1959 "Six Meter Walkie Talkie" which earned him a manly-appearing cover photo, and the introduction to his construction article in March 1959 "Radio News" showing how to build a simple transceiver for the new Citizens Band radio service that had been authorized only 6 months earlier.   This was not only one of the first articles about CB radio but evidently Heathkit thought enough of his design that they more-or-less copied it in their CB-1.  Later variations on the same design produced the highly popular "Benton Harbor Lunchbox" series of small portable rigs for the 10, 6, and 2 meter ham bands.

Since it happened around the same late-70's timeframe and shares a similar appearance, it's always been my belief that the highly valued Stoner PRO-40 CB radio was part of the same business venture by Don Stoner.   Like many commercial radios it used a balanded mixer at the front-end instead of the conventional RF amp-mixer, which contributed to the radios high dynamic range.   It was followed by not one but two ceramic filters which provided superior selectivity.  So while it's debatable that the PRO-40 truly warrants the stratospheric prices they sell for, it is undeniable that they are not a typical CB and that you are indeed getting superior design for the money.

Another dead giveaway of Stoner's hand in the design was the complete absence of AM capability.   The PRO-40 and PRO 80-10 were both single sideband radios, period.   This traces back to Stoner's presence in the marine radio industry during its transition from AM to SSB and being convinced of the superiorty of  SSB he was not interested in going backward.

A complete set of accessory items was produced for the PRO-40 including speaker, power supply, monitor scope, SWR meter, and even a ham-band receiving converter.    All retained the deluxe appearnce of the walnut-panelled enclosure which added to the mystique, but which KLM says would have been replaced by a metal cabinet for cost reasons if the radio had gone into production.

A final question is - who actually built the Stoner PRO-40?    Some speculate the manufacturing was done by a company called Communications Power Inc, which introduced it's own high-end CB called the CPI-2000 that some feel is similar to the Stoner.      Having the radio manufacturerd by a contract assembler makes sense because there is no evidence that Stoner himself set up another manufacturing company in that timeframe. 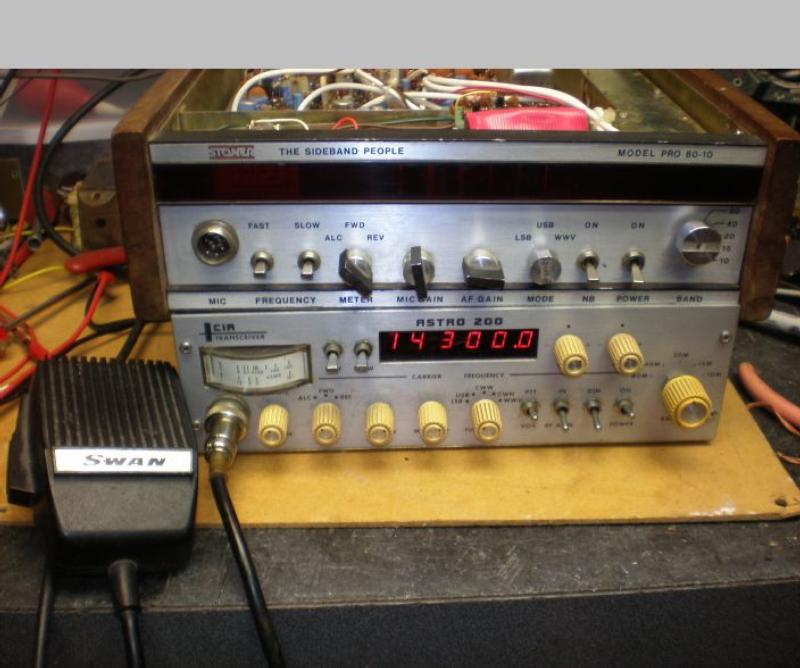 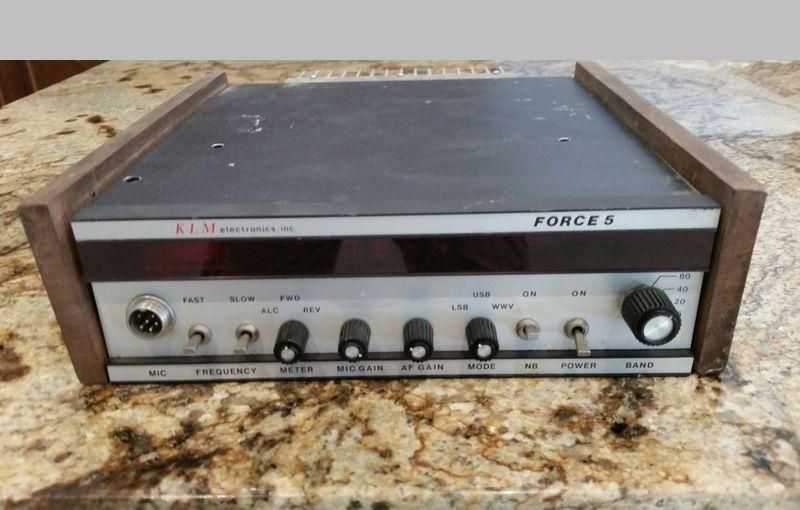 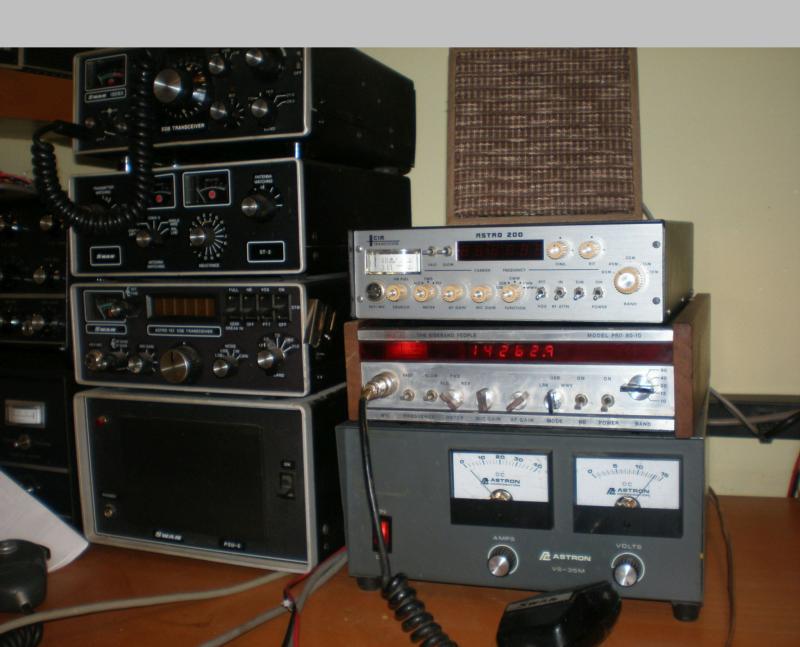 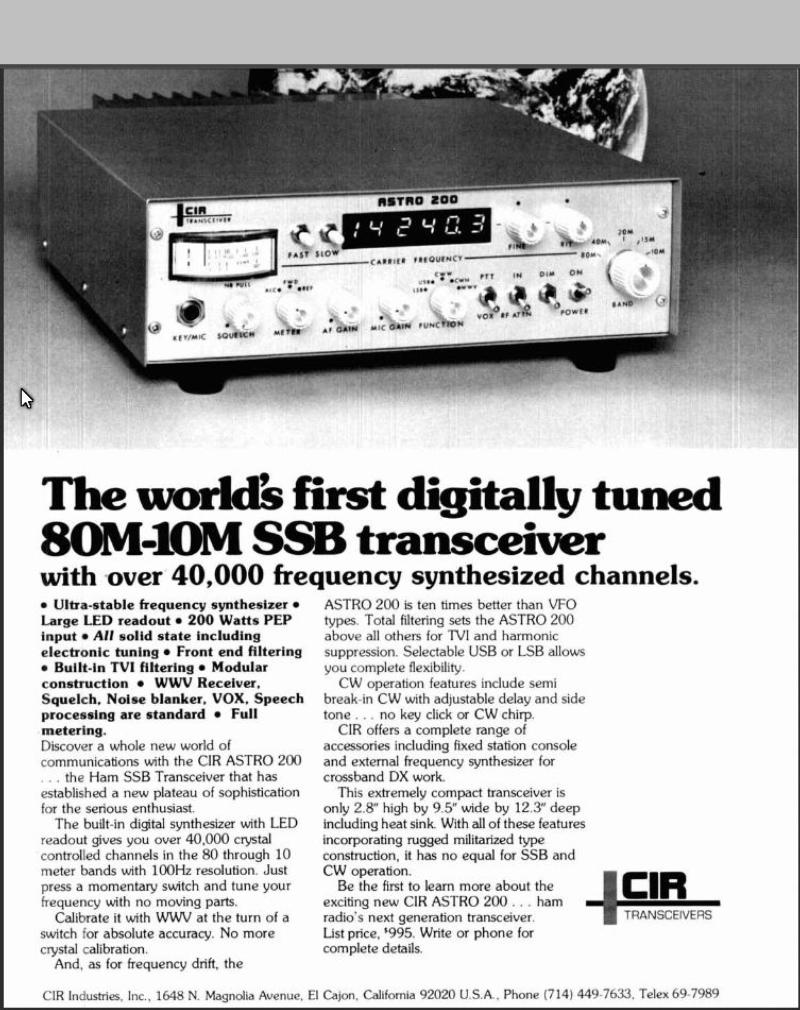 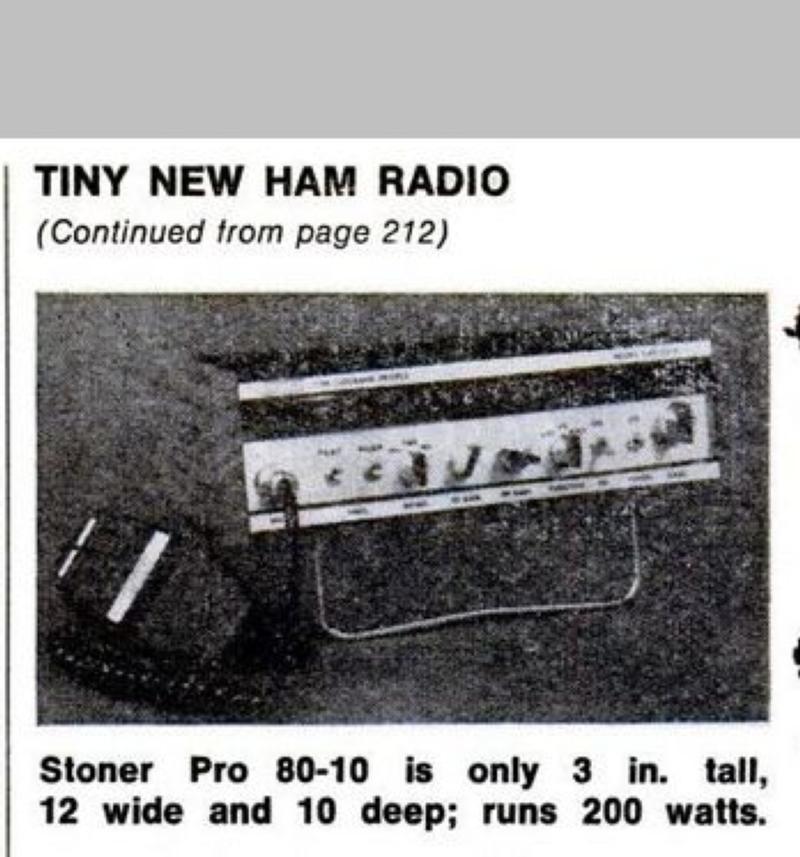 Don Stoner's stylish operating position, he became a SK in 1999 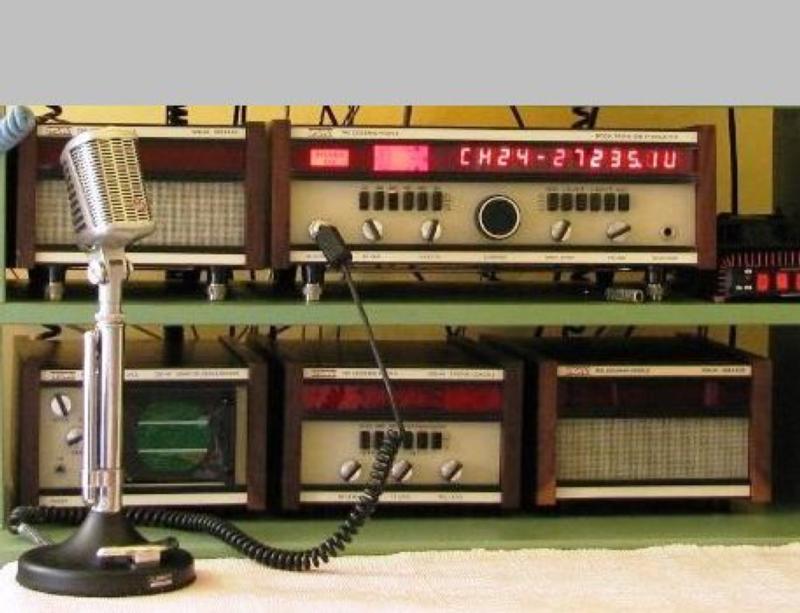 Pierre Goral and Don Stoner in the early days of SGC 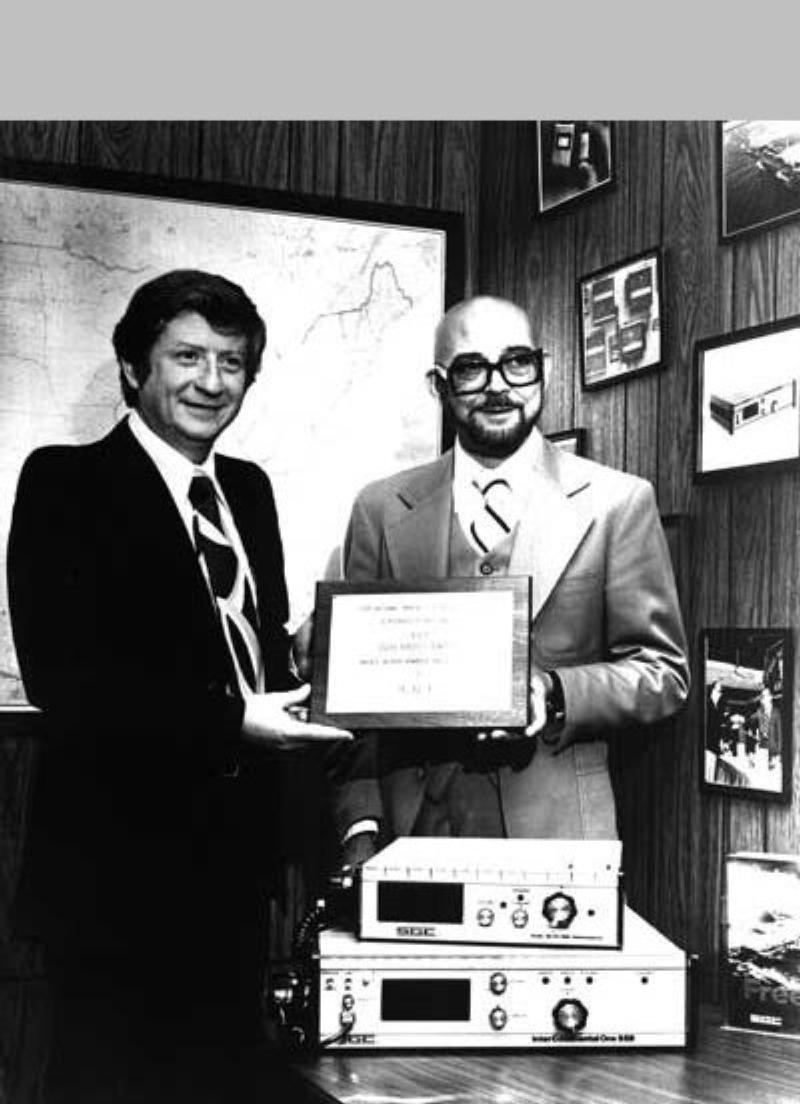 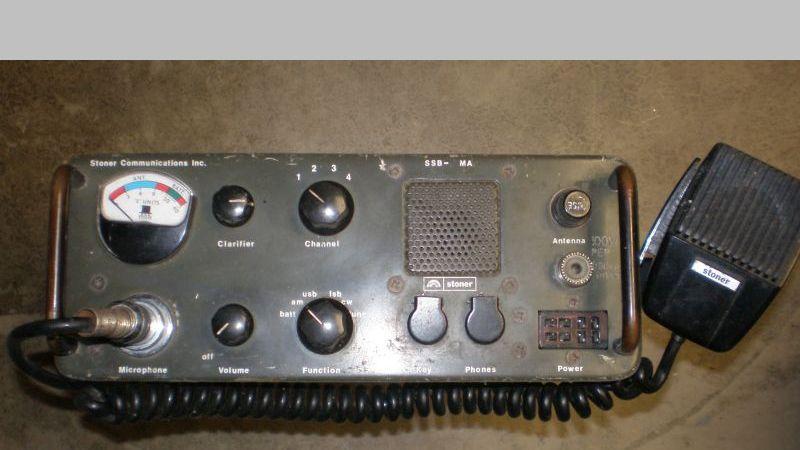 Astro 200 at Hamvention 1976, showing the synthesizer board 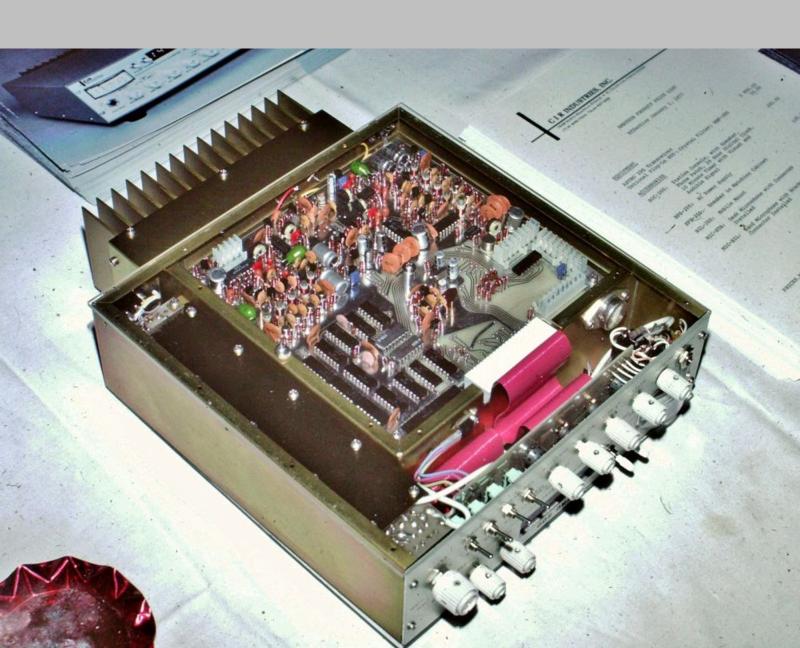 Another view of Astro 200 from the 1976 Hamvention display 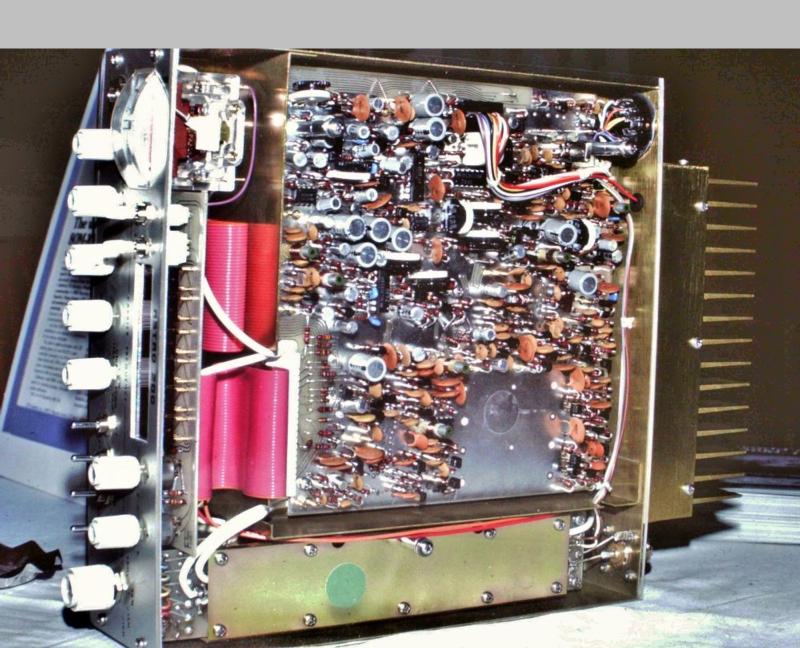 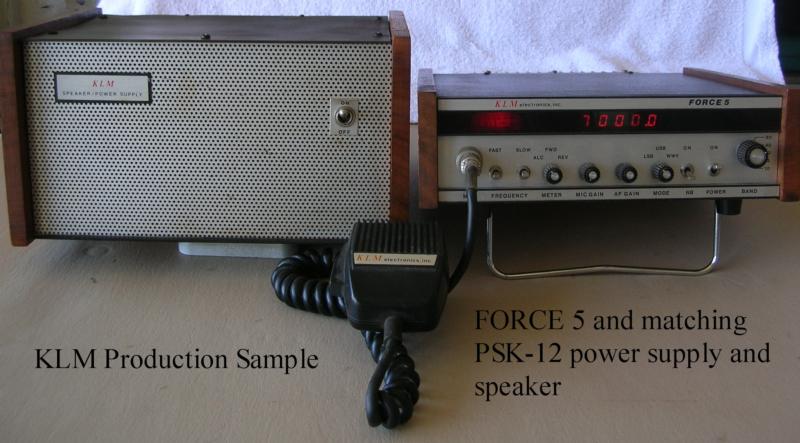 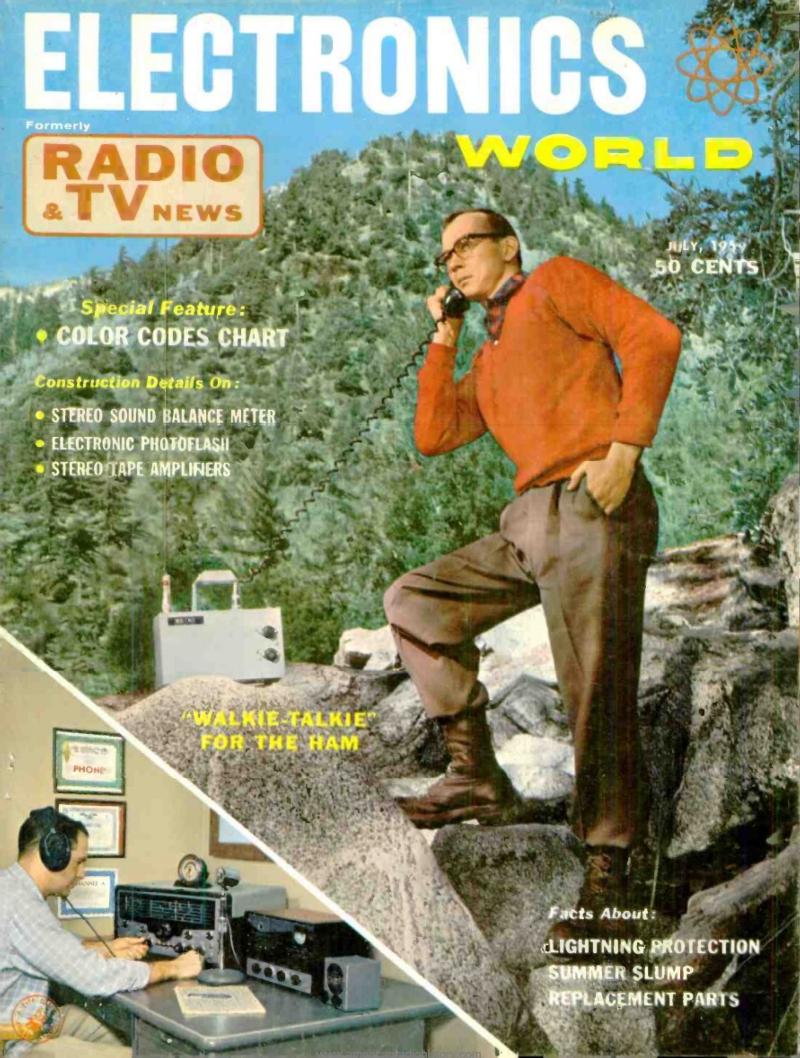 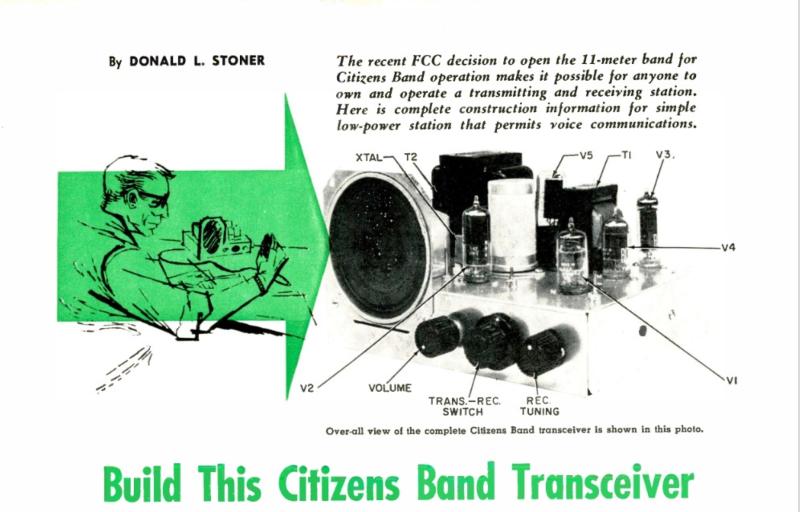