It's not just for VHF!

I'm always thinking about interesting combinations of equipment to try out on the air.   One day while rearranging the shack I was getting ready to connect my Globe Scout Deluxe back up with a Collins 51S-1 receiver when the LED (the energy-efficient version of the old light bulb) came on.

When I first started playing with DVB-T dongles back in 2012 I wanted an upconverter so I could listen to HF, as their tuning range only came down to about 25 MHz.    I thought of the Cless Allbander which was an upconverter for the Clegg Interceptor receiver that moved most of the HF range up to the 4 MHz coverage of the Interceptor, but decided it would be easier to just design a modern equivalent using an NE-602 and an off-the-shelf clock oscillator module.    As that concept was refined it became the RANVerter and was featured my first QST article on SDRs in January 2013.    My friends at Hayseed Hamfest sold hundreds of kits and I hope that inexpensive introduction to SDRs helped many hams and SWLs join the modern world of software-defined radio.

The Clegg Interceptor and Interceptor B receivers are excellent VHF receivers tuning the 6 and 2 meter bands in four 1 MHz segments.   While sold as the companion to the Zeus AM/CW transmitter, the Interceptor is basically an 18 tube 6 meter receiver with a built-in 2 meter converter and has selectable USB/LSB and AM detectors, a crystal IF filter, noise limiter, and the famous Eddystone dial.   The "B" model has separate filters for AM and SSB while the original model like I have adds a switchable audio filter.  Both do a fine job on both SSB and AM, and with the Allbander speaker-upconverter, coverage is extended to include 3 to 22 MHz and 27-31 MHz, which includes all the (then) amateur bands.

So I though, why not put the Interceptor-Allbander to use as an HF receiver with one of my classic transmitters?    i designed the VERSA-TR RF-actuated T/R and muting board for just this reason - to make it easy to mix-and-match vintage equipment.    The board is stuck to the side of the Globe with magnets and automatically mutes the speaker when the Globe Scout is in transmit.   When I want to use the Clegg on VHF, the Zeus will mute the receiver via it's muting connection so I can switch between the two with one switch.   I do have to spin the Eddystone dial all the way to the other end but that's half the fun of using the Interceptor!

Since it's a bit hard to find the manual for the tube-type Allbander, I've included a link below for the pdf file.    It uses a crystal LO to move the HF spectrum to the 4 MHz bandwidth of the Interceptor (50-54 MHz) but a modern-day equivalent could be made using the same approach I used in the RANVerter, with Epson programmable oscillators providing the LO injection for each desired range  (see schematic below).  The Allbander used 3rd overtone crystals, so for the first range that covers 3-7 MHz the crystal frequency is 15.667 MHz which tripled to generate the converter LO at 47.0 MHz.    Then the first range of the Interceptor that tunes from 50 to 51 MHz provided coverage from 3 to 4 MHz.   The top range (53-54MHz) tunes 7-8 MHz, so the 80, 60, and 40 meter ham bands could be tuned on the Interceptor with one $4 oscillator module and this simple converter that can be built for about $10.   A tuned circuit could be added to provide front-end selectivity but the simple filter shown has proven sufficient to keep strong AM and FM signals from overloading the converter when used with SDR dongles.

I hope this encourages others to get a little more use out of the wonderful Clegg Interceptor receiver! 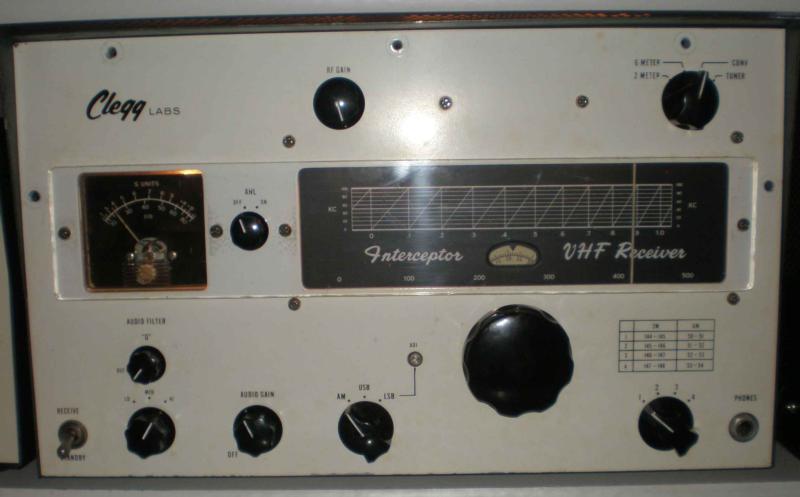 Allbander upconverter for HF with speaker 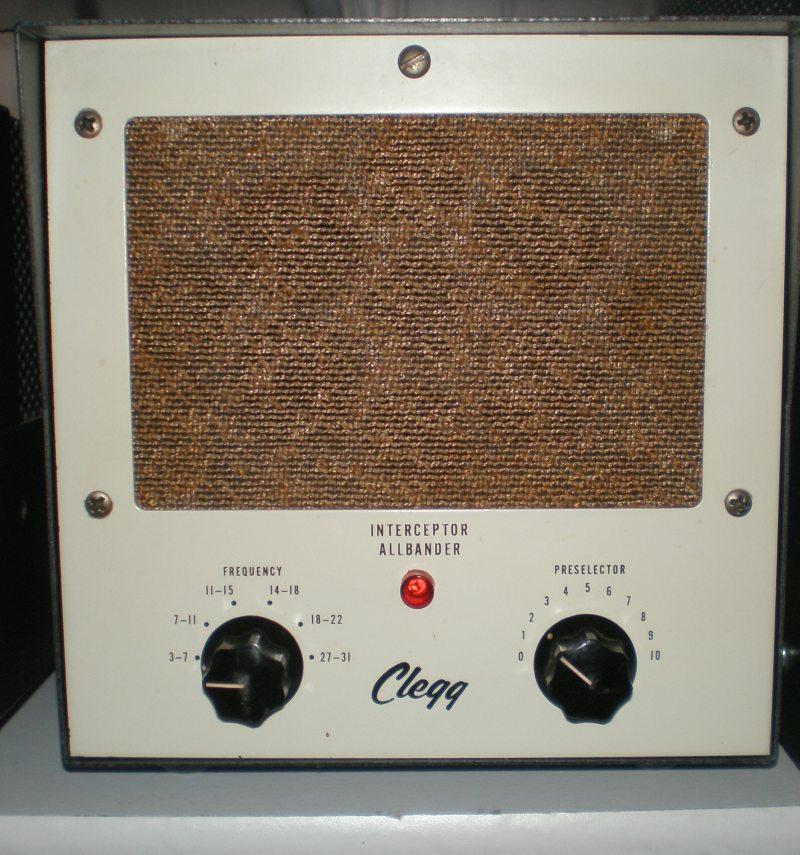 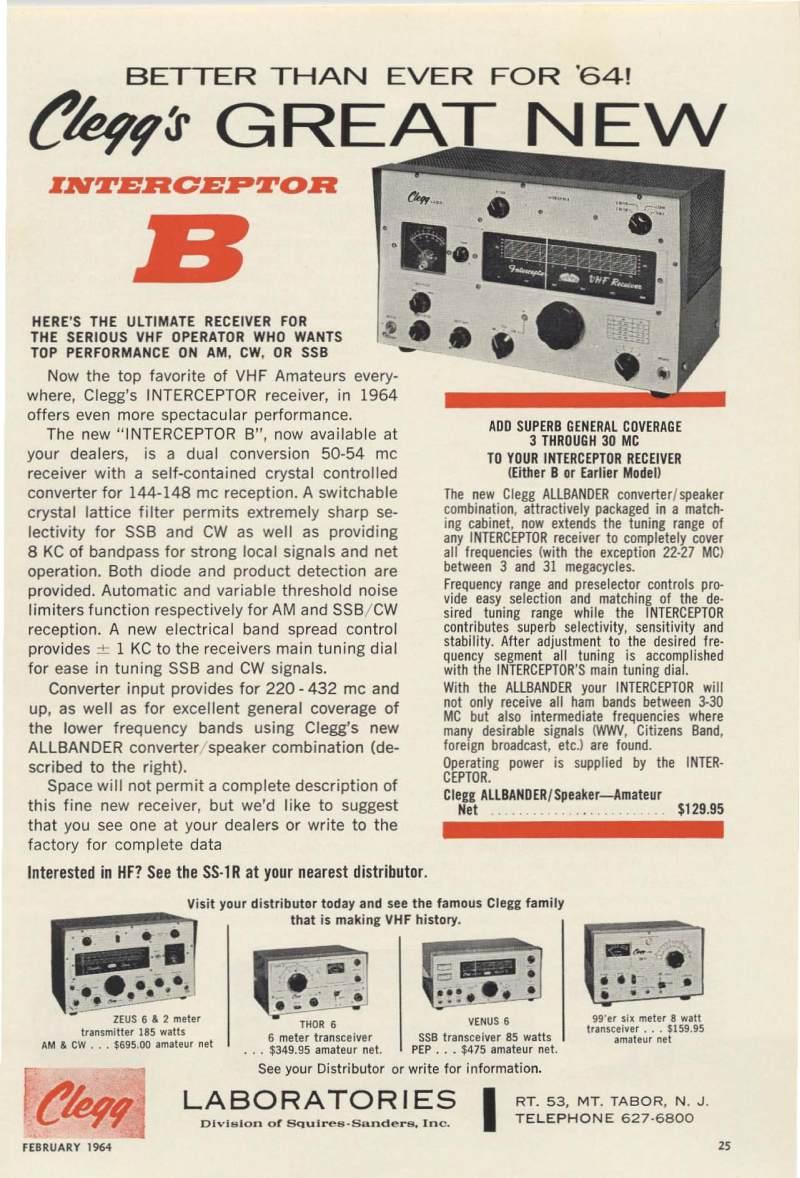 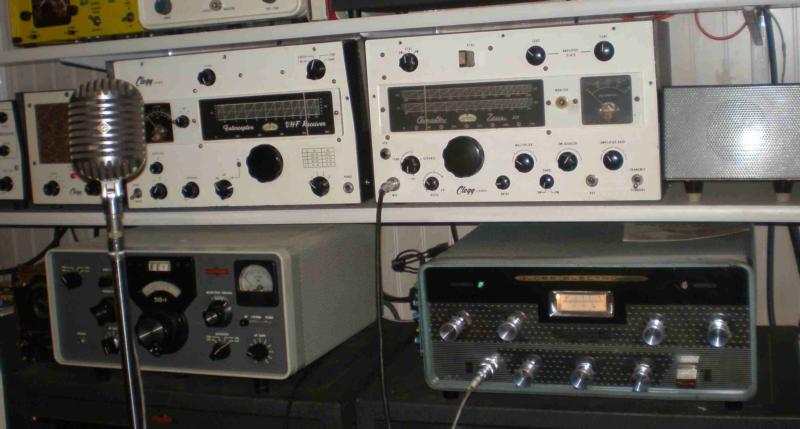 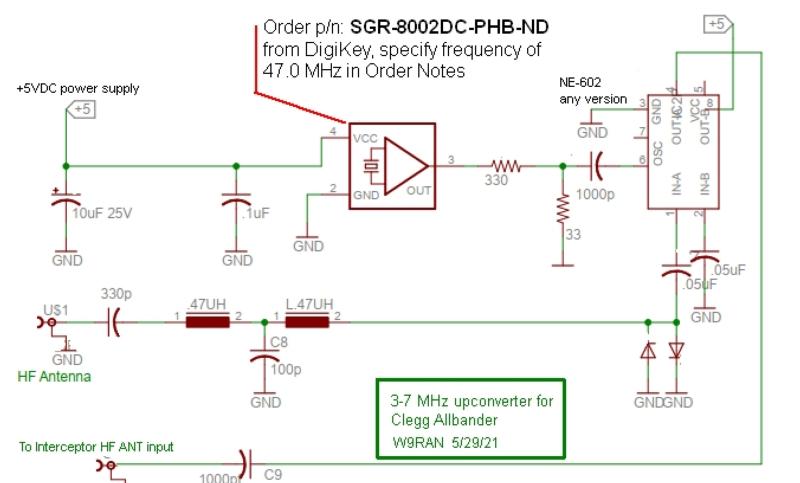 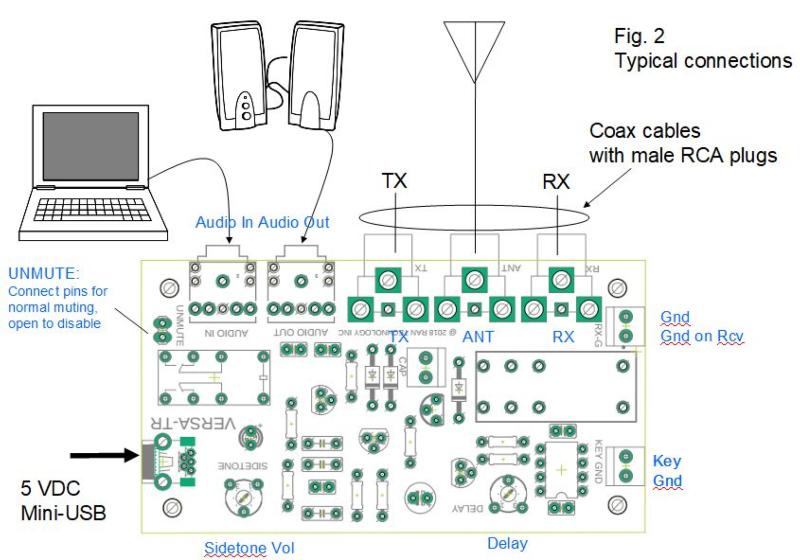 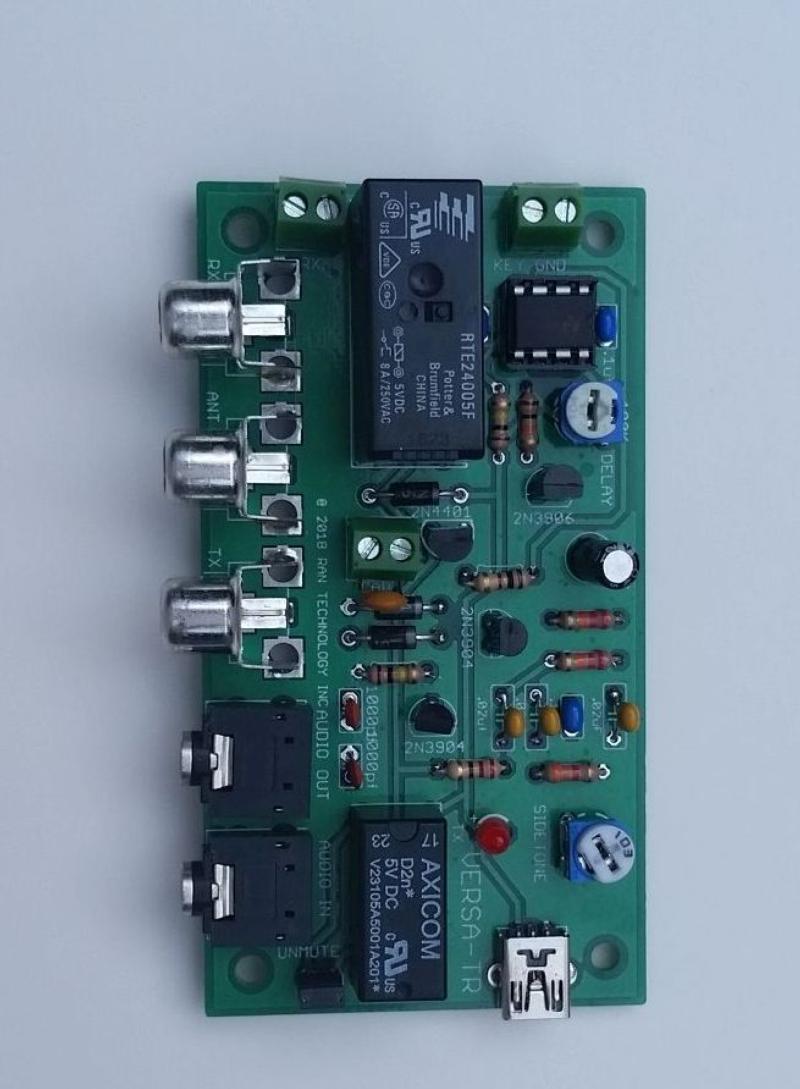