It's pretty well accepted that the Pacemaker was not EF Johnson's finest effort.   In fact it was the first of several failed attempts by the King of the AM Transmitters to make the transition to SSB.    In the end, it was the rise of CB popularity that kept the company viable, along with its component business, while their ham business gradually faced away.   After the CB boom ended the company re-invented itself yet again as a provider of commercial trunked land-mobile equipment, which it remains today under the ownership of JVCKENWOOD.   The Viking brand survives, but the "Viking Man" logo does not...

The Pacemaker is a phasing SSB transmitter which would have been a lot better if Johnson had followed the Norgaard double-conversion approach used by Central Electronics, Hallicrafters, Lakeshore, and others with success.    Instead, like the B&W and Heathkit SSB adapters the Pacemaker generated it's SSB signal on different frequencies for each band, but unlike those others it was not on the operating frequency.   The Pacemaker VFO tunes from 3 to 3.5 MHz (or up to 4.7 MHz on some bands) and this is mixed with the SSB signal to generate the desired operating frequency.  And therein lies the fatal flaw of the Pacemaker design.

Take 80 meters for example, you want to operate on 3850 kHz.   The SSB generator uses a 500 kHz crystal that is mixed with 3.350 from the VFO to produce 3.850 that is amplified and sent to the antenna.  The low-level tuned circuits are tracked with the VFO just like in a receiver but the driver tuning is not - so if you accidentally adjust it to the wrong peak, you'll be sending the 3.350 VFO signal out to the antenna instead (the tuned circuits have a wide enough range for this to happen).   Of course the resulting signal would be illegal and would not be capable of modulation since the audio signal was left behind.    There are other flaws but you get the picture.  EFJ knew about this and cautioned users in the manual, but it would have been nicer if they'd designed the transmitter to preclude these problems.

I recently re-learned this when my Pacemaker lost output on 80 meters and indeed was outputting the VFO signal.    After several hours of frustration and the use of language not suitable for the air, I bumped one of the carrier balance controls and saw the waveform on the scope change.   A good sold rap with a screwdriver handle confirmed that an intermitted pot was lousing-up the balanced modulator and preventing proper mixing from taking place, with the result that the VFO signal was all that was present.

Some manufacturers provide more detailed troubleshooting information than others, but EFJ was not bothered to include much of anything in the Pacemaker manual, saying that it was too complicated and too many things could go wrong.  I'd say they were right about that but it's still a cop-out.   The normal voltage and resistance charts aren't much help when you need to know if signal levels are as they should be, so while I was at it I made some of my own.

Lee Craner WB6SSW aka Emmits Fixit Shop has done an outstanding job of redrawing the highly convoluted Johnson schematic to make it much easier to understand and use, and I highly recommend anyone who decided to tackle restoration of a Pain...I mean Pacemaker to read every word he's written at the link above.    I've taken the liberty of adding my waveforms to his balanced modulator breakout schematic for future reference.     The I and Q waveforms aren't perfect which is why the Pacemaker isn't capable of making the best SSB signal on the planet, but it's good enough for casual use on vintage SSB nets and such.   An SDR with a spectrum/waterfall display is a vastly superior tool for adjusting the RF phasing coils on each band.

I also made a couple of measurements of signals in the amplifier chain, although it's impossible to do so without loading the grid signal.   But some data is better than none.  The mixer output is only a volt or two peak-to-peak with modulation and the input from the bal mod is about 1 VPP with the carrier fully unbalanced, and a bit under 10VPP at the driver grid.   The remaining tracked amplfiers take this up to the level needed to drive the 6146 PA.  Note that the two RF phased signals are present at all times but everything from the balanced modulator on is keyed and subject to the carrier level settings.

A word of caution about working on the Pacemaker.  Aside from the usual precautions around high voltage, there are two neutralized stages - the 6146 PA and the 6CL6 Driver, and the neutralization capacitor for the driver is mounted on an insulator with it's shaft protruding through the side of the chassis and high voltage is present!   I put several layers of kapton tape over it to guard against accidental contact when the chassis is exposed. 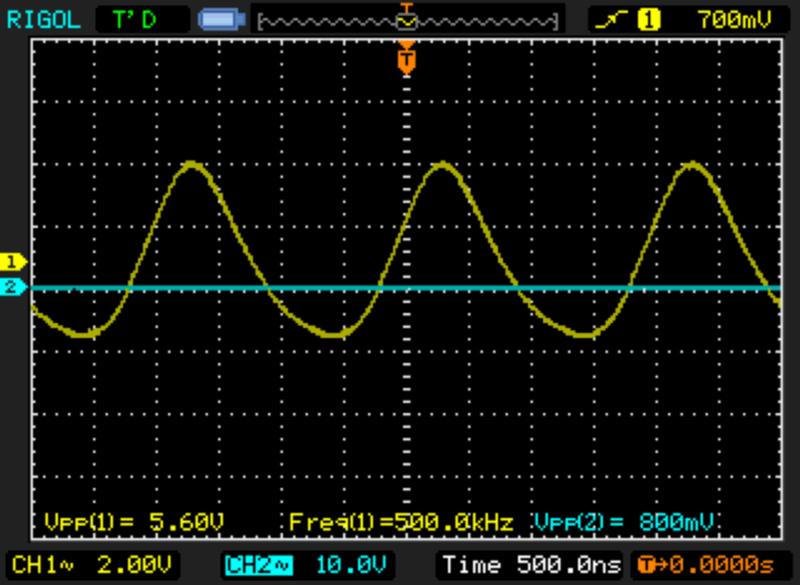 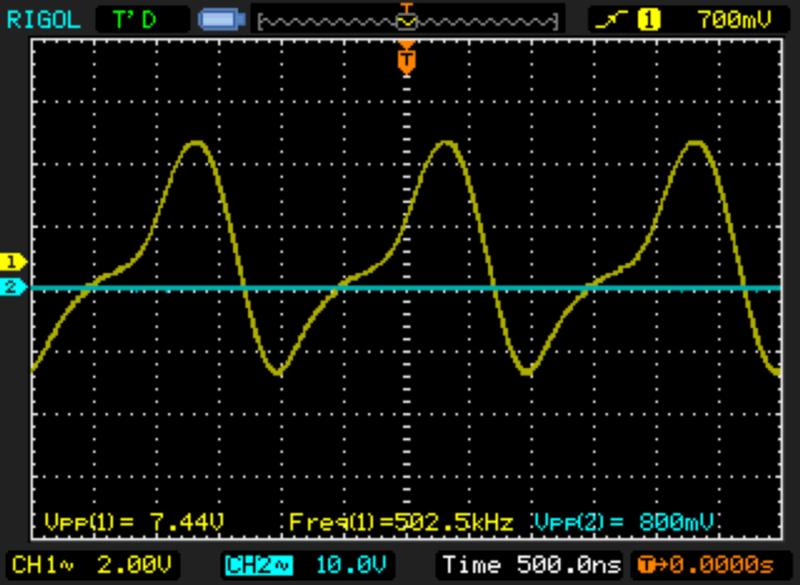 I and Q combined 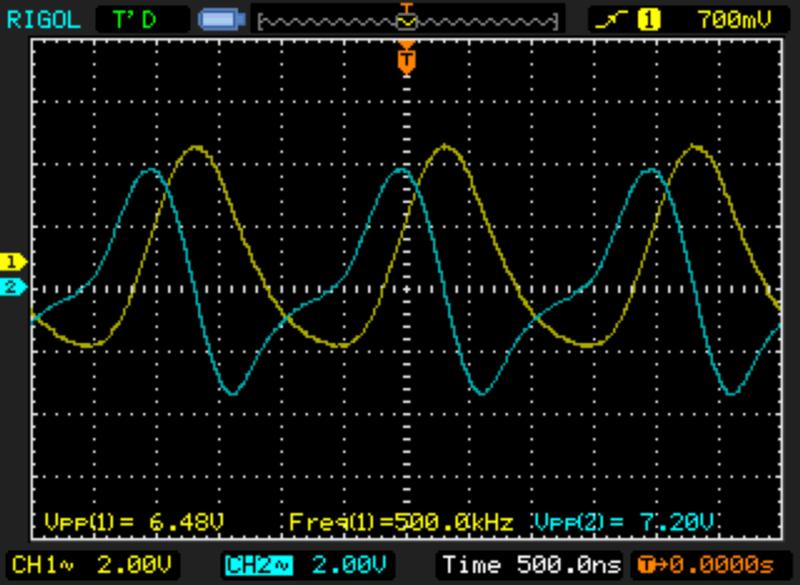 I and Q in XY mode 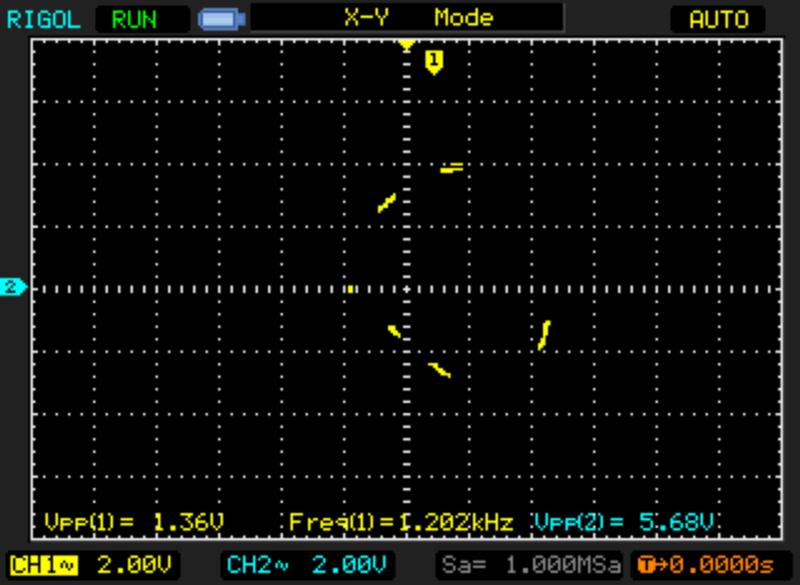 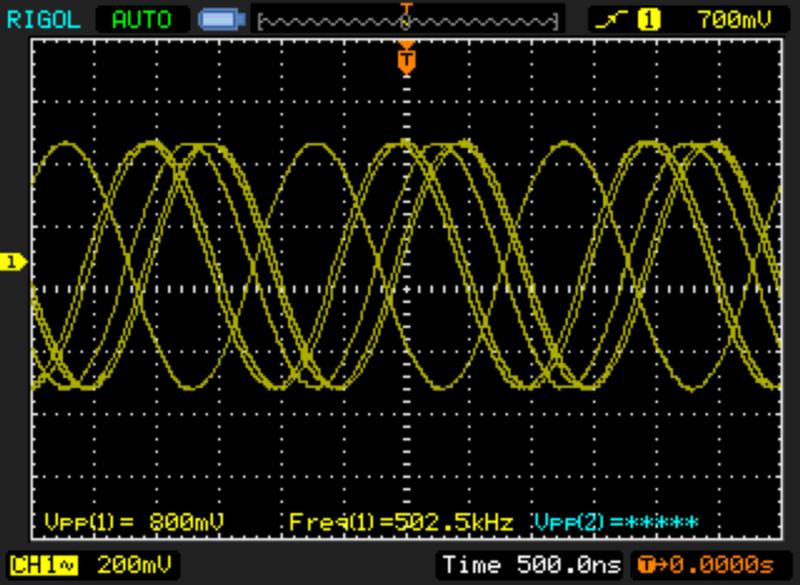 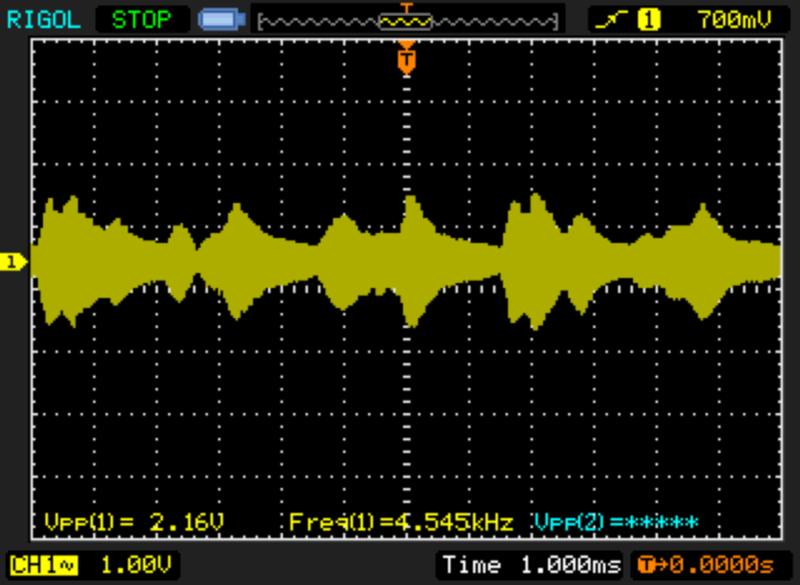 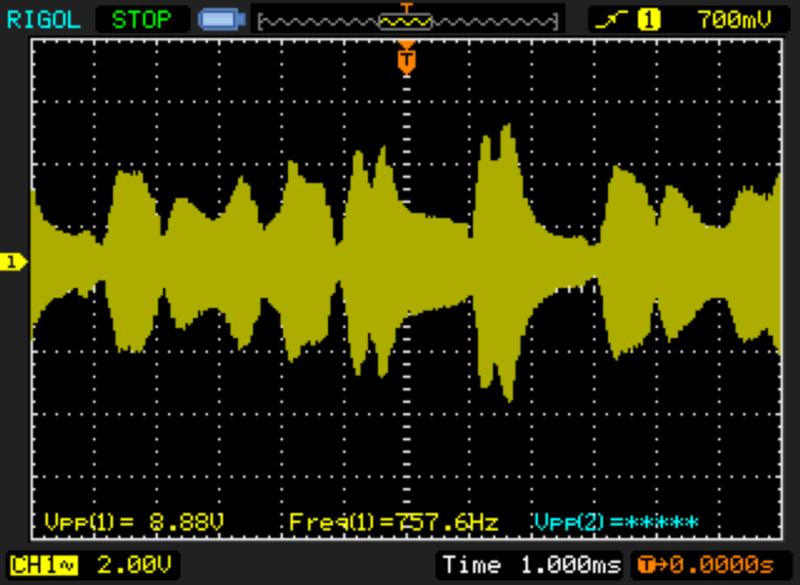 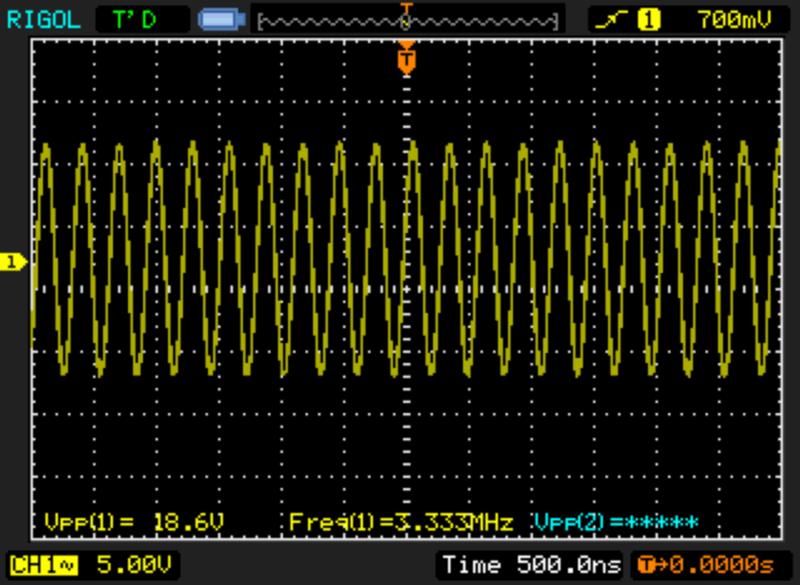 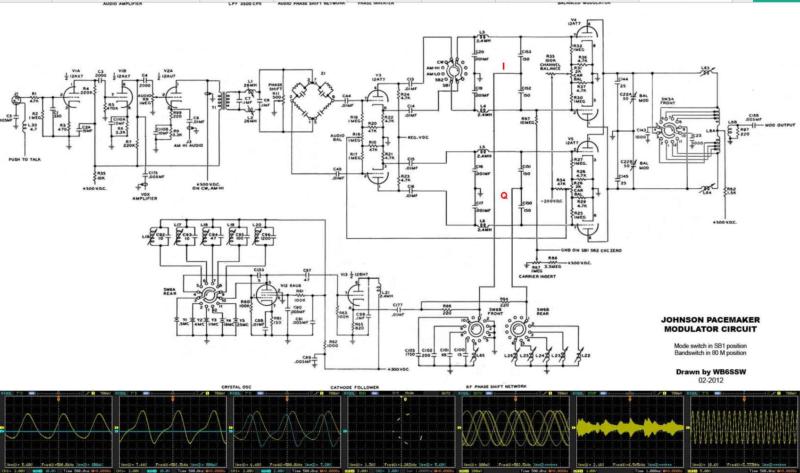 Some tips on the Johnson Pacemaker