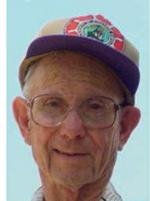 One of ham radio's most prolific builders and authors

This tribute to Ed Marriner will be updated over time.   Having known his writings since my earlies ham days in the 1960s, I knew about the "SSB Transceiver from a BC453" conversion article/booklet, but until I had the good fortune to acquire two homebrew SSB transceivers made by his good friend Ernie Mason W6IQY did I know that my vintage SSB friend Lynn Fisk K5LYN was a long time acquaintence of Ed's son, Harry Marriner, and had even visited him in Colombia!    With Lynn's introduction, I was able to get in contact with Harry who is HK3ZOR, and learn more about his father and his long career as one of the most active ham homebrewers and perhaps the most prolific writer on all aspects of ham radio.   And to my surprise, Harry said that he had a notebook - sort of a scrapbook - which contained all of his dad's articles and columns.    He had been planning to have it scanned, and I probably gave him the incentive to do so.

The document is quite large - 40MB in pdf form - and the quality of the old halftone photos did not scan well - but at least we now have a digital replica of pretty much everythin Ed wrote.   While his full feature articles appeared in all of the ham magazines, he wrote extensively for a regional California publication called the Western Radio Amateur, or WRA.    Since it was aimed at California hams some of the content is more "chit chat" including the column "San Diego Zero Beat" that Ed wrote for each issue with local news and views from the area ham community.   But it's still fun reading and like the ads and general topics, a fascinating look into the past of amateur radio.

The first articles is one written by Harry, Ed's son, for Electric Radio magazine in Dec. 2004.   An excerpt appears below but please read the entire article to get the full background on E. H. Marriner - truly a "ham's ham".

Edmund Hayes "Ed" Marriner, W6BLZ/W6XM, an ARRL member, was the author of dozens of construction project articles in CQ, QST, Ham Radio and 73, from the 1950s until the 1990s.

He lived in La Jolla from 1946 until he retired as Electronics Engineer with the U.S. Naval Electronics laboratory (NELC) after 34 years of civil service including jobs with the F.B.I, Civil Aeronautics Administration, and the Scripps Oceanography Research unit of the University of California's division of War Research Department.

He was an amateur radio pioneer, and was elected to the CQ Magazine Hall of Fame in 2005 in recognition of hundreds of articles he wrote about ham radio construction. In 1998 Ed and his wife moved to San Luis Obispo. They celebrated their 65th wedding anniversary on July 7th 2005. Marriner edited the "Ham Notebook" column in Ham Radio for several years. He also wrote about linear amplifiers and the advent of SSB.